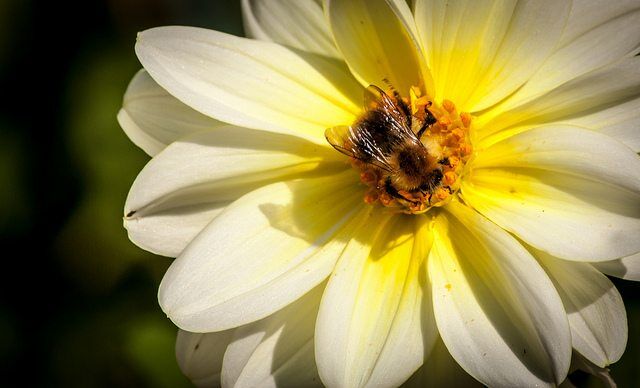 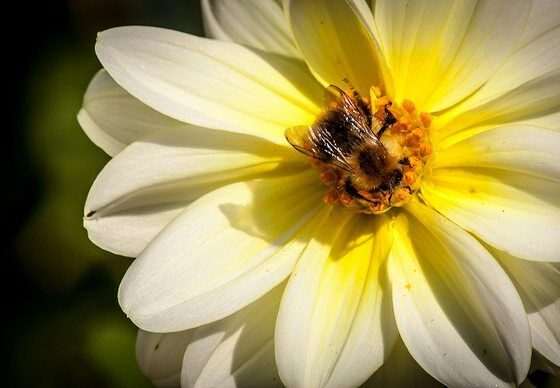 Current EU restrictions on neonicotinoid insecticides must be retained – and extended to all crops – to protect Britain’s bees, according to sixteen of the UK’s leading wildlife, conservation and environment groups.

In an open letter to the UK government, on the third anniversary of the EU ban on the bee-harming pesticides, the organisations say “it is clear that there is now more than enough evidence to retain the ban and extend it to all crops, and that this is essential to reverse the decline of bees and other pollinators.”

The EU restrictions, which ban the use of three neonicotinoids on flowering crops, is due to be reviewed next year, starting with a comprehensive assessment of the scientific evidence of the threat posed by the pesticides, by the European Food Safety Authority [EFSA]. The ban was introduced after EFSA concluded that the chemicals posed a “high acute risk” to honey bees.

In the letter, the organisations – which include Friends of the Earth, RSPB, Greenpeace, The Wildlife Trusts, Buglife, Butterfly Conservation and Bat Conservation Trust – say:

“Since 2013 many more independent laboratory and field studies have found neonics impairing the ability of different bee species to feed, navigate and reproduce resulting in declining populations.

“The government says it will not hesitate to act on evidence of harm. The third anniversary of the neonics restrictions is Environment Secretary Andrea Leadsom’s chance to catch up with scientific evidence and public opinion by keeping and extending the ban as part of properly protecting Britain’s bees and pollinating insects.”

Three of the UK’s leading bee experts also said today that the scientific case against the use of the three pesticides has grown over the past three years, and that the restrictions should continue and be extended to other crops. The scientists are Dave Goulson, Professor of Biology at Sussex University, Dr Penelope Whitehorn, Applied Ecologist, University of Stirling and Dr. Christopher Connolly, Reader in Neurobiology, University of Dundee.

In August this year a YouGov survey for Friends of the Earth found that 81% want to keep the EU ban on neonicotinoid pesticides, with only 5% saying it should end.

“Three years ago EFSA’s analysis of the scientific evidence concluded that neonicotinoids “pose an unacceptable risk to bees”. Since then dozens of new studies from around the world have been published, including a major Swedish field trial in which neonicotinoids were shown to impact profoundly on bumblebee colonies and solitary bees.

“Work from Italy has showed that even tiny doses of neonicotinoids impair the immune system of honeybees, rendering them susceptible to infections. Perhaps more concerning, it has become clear that neonicotinoids are persistent and pervasive in the environment, so that soils, wildflowers, ponds and rivers commonly contain significant levels.

“This widespread pollution of the environment with these potent neurotoxins has now been linked not just to bee declines but also to declines in butterflies, aquatic insects, and insect-eating birds. With farmland wildlife populations in free fall, it is surely time to extend the moratorium on neonicotinoids to cover other uses.”

“The scientific evidence now clearly shows that neonicotinoids are causing massive harm to bees and other species that we all depend upon. These chemicals should go the way of DDT and be permanently discontinued.

“What’s more, there is plenty of evidence that alternative pest control strategies really work. It is now vital that our government properly supports farmers to gain the knowledge and tools to maximise yields and minimise chemical inputs using Integrated Pest Management. This is the path to a more sustainable future”.

“The evidence from our research shows a complex relationship between different neonicotinoids and different insects. What is safe to one species may be very toxic to another.

“We can’t afford to take any risks with our insect pollinators so to protect them the moratorium must stay in place for the three restricted neonicotinoids.

“And we now know that these chemicals are so persistent that they can turn up, not just in the treated crop, but in the pollen or nectar of wildflowers or crops grown subsequently in the same field. To prevent bees being exposed in this way the restrictions need to be extended to other crops including wheat where neonics are still widely used”.

“Bees play a crucial role in pollinating our food crops and wild plants, they really do make Britain bloom – we must do far more to reverse the decline of these precious pollinators and other insects.

“With overwhelming evidence on the harm neonicotinoid pesticides cause to our pollinators, it’s time the UK government supported a comprehensive ban on these bee-harming chemicals to keep them out of our countryside, parks and gardens forever.”