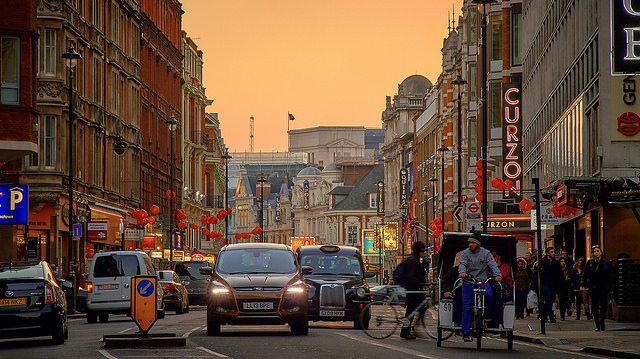 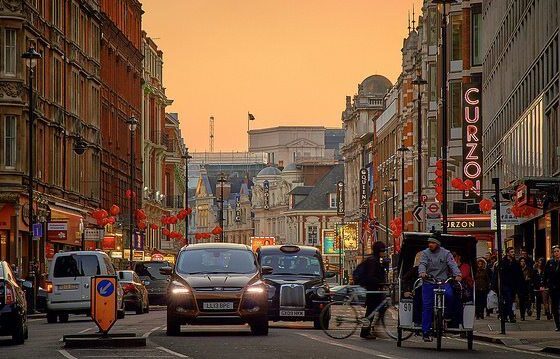 Through Transport for London, the Mayor is undertaking a formal consultation on the Emissions Surcharge (ES, also known as the ‘T-charge’), to be introduced into the central zone from October 2017.

The same consultation is also less formally seeking views on further measures being prepared for later dates, especially the strengthening and expansion of the Ultra Low Emission Zone (ULEZ).

The Environment Committee is submitting this response on behalf of the London Assembly.

The response is agreed by a majority of the Committee. Dissenting views, from the Conservative and UKIP Members, are noted in the appendix. The Green Member, while supporting the content of this response, has an additional point contained in the Green Group’s response to this consultation and referred to in a note to the ULEZ section below.

Under the ES, it is proposed that older vehicles would pay, in the same zone and during the same hours as the Congestion Charge, a £10 daily charge (in addition to the Congestion Charge of £11.50). Some vehicles will be exempt from the charge, including vehicles meeting the Euro 4 emissions standard or better, taxis and minicabs, and motorcycles. Disabled drivers will not need to pay the charge and there will be a 90 per cent discount for residents, as with the C-Charge.

A significant purpose of the ES will be to signal the intent behind the subsequent ULEZ, and send a message to individuals and organisations who are planning to buy new vehicles to use in London. TfL expects the ES to reduce car-based NOX emissions in central London by just 4 per cent.

The Committee supports the ES as proposed.

The Committee had suggested that there should be a stricter exemption standard for diesels (Euro 5) than for petrols (Euro 4 as proposed by the Mayor). This would have a stronger immediate effect on pollution, and would signal more clearly the principle of the forthcoming ULEZ, which is that diesels should be subject to the charge at younger ages than petrols, in line with the emissions from the vehicles.

However, following further discussions with the Deputy Mayor for Transport and officials from TfL and the GLA, the Committee sees the case that establishing this principle as early as 2017 would risk some less-aware motorists upgrading Euro 4 diesels to Euro 5 to gain ES exemption, only to require another upgrade when the Euro 5 diesels themselves become subject to the ULEZ in 2019, at significant total expense. It is true that Euro 5 diesels often do not offer lower real world NOX or NO2 emissions than older models. Therefore the Committee accepts the all-fuels Euro 4 exemption criterion for the ES as an interim measure.

The Committee had also recommended that the ES should end when it is superseded by the ULEZ, to avoid an over-complicated system of zonal charges. This is now part of the Mayor’s proposal and we welcome this. It has been clarified that for residents of the central zone the ES will continue (at the 90 per cent residents discount) during the ULEZ ‘sunset period’ (during which central zone residents will not pay the ULEZ); this seems consistent with our recommendation.

In 2015, the previous Mayor ordered the ULEZ to take effect from September 2020 in the central congestion charge zone. It will impose a daily charge (£12.50 for light vehicles, £100 for heavy). Vehicles with low emissions of toxic pollution will be exempt – the standard being Euro 4 (from 2006) for petrol vehicles, and Euro 6 (from 2015-16 depending on vehicle type) for diesels. These two standards are approximately equivalent in terms of NOX emissions (though on-the-road compliance with the standard is an issue for many current diesel cars).

The Environment Committee at the time found that this scheme did not go far enough. It recommended that the scheme cover a wider area, be introduced sooner than 2020, and the charge to increase over time to have a stronger effect. The committee also underlined the importance of making vehicle-switching affordable for affected drivers, and supported the Mayor’s call for a national diesel scrappage scheme.

The current Mayor has been making proposals to take forward some of the Committee’s main recommendations, implementing the central charge earlier, and widening the zone to cover an extended inner zone for light vehicles and London-wide for heavy vehicles. The proposals in the current consultation include:

• Bringing forward the implementation of the ULEZ in central London to 2019. The consultation also covers options for leaving it at 2020 or delaying to 2021, 2022 or 2023.
• Applying the ULEZ to heavy vehicles London-wide, again at a range of possible dates from 2019 to 2023.
• Applying the ULEZ to light vehicles in a zone within the North and South Circular roads, at the same range of possible dates.

We fully support extension of the ULEZ London-wide for heavy vehicles, specifically from 2019.

For light vehicles, we support expansion to a zone within the North and South Circulars as a minimum and again at an early date, preferably 2019. We would support further consideration of wider boundary options, and the most preferable option would be for a London-wide ULEZ for all vehicles.

Additional alternatives for consultation could include placing the North and South Circular roads themselves in the zone, incentivising drivers to find a wider range of alternative options, rather than simply diverting onto these already-congested roads. The A406 North Circular as a purpose-built orbital road carries very heavy traffic even without the ULEZ, while the urban streets designated the A205 South Circular in many places have just a single lane in each direction and are not suitable to receive traffic diverted from trunk roads such as the A2 and A3.

There is demand from boroughs for areas outside the North and South Circulars to be included. Particular consideration should be given to south London where the South Circular cuts through inner London much more closely than the North Circular does. In the south, the proposed boundary bisects the inner boroughs of Wandsworth, Lambeth, Southwark, Lewisham and Greenwich, whereas in the north it passes through Barnet, Enfield and Waltham Forest in outer London, going entirely around Haringey, Camden, Islington and Hackney.

If an inner zone with a diversionary road boundary is chosen, sections of the A232 are more equivalent to the A406 North Circular than is the A205. This distinction is the minimum that is required to bring symmetry between north and south London, although our preference is to have the ULEZ and the Low Emission Zone (LEZ) at the same London-wide boundary.

Extending the ULEZ to all of London for light vehicles as well as heavy would simplify the zonal structure, largely remove the discrepancies between north and south London, and offer the purpose-built orbital M25 motorway as a diversionary route. This option could be considered as a 2020 phase, to allow car and van drivers in outer London time to acquire compliant vehicles or take other alternative options.

We also re-iterate the point made in our previous consultation response that any 2020 phase of the ULEZ should be implemented at the beginning of the year (before the Mayoral election in May), rather than in September.

Looking beyond 2020, and considering the recent announcements of future diesel bans from Paris, Mexico City, Madrid and Athens, the potential to remove Euro 6 diesels from exemption should be considered, if forthcoming real-world driving emission standards do not reduce emissions effectively. Earlier dis-exemption of diesels could be considered in the central zone. Consideration should also be given to progressive tightening of exemption standards towards zero tailpipe emissions; a statement of intent for a zero emissions standard in 2025 would give an appropriate signal to drivers, operators and the vehicle industry.

We continue to support the Mayor’s calls for the national government to take tougher action on air pollution, including a nationally-funded diesel scrappage scheme. This would both reduce the costs of the ES and ULEZ to drivers, and enhance their air quality impact, by facilitating switching to cleaner vehicles.

We also support the devolution of Vehicle Excise Duty (VED or ‘road tax’) to London, enabling the Mayor to set rates that take into account air pollutants as well as CO2 emissions, and to retain revenue raised in London for London use rather than seeing it reserved to the national strategic road network, almost all in other parts of the country. We will write to the Government to support these calls.

As the Committee has also previously stated, running through your transport emissions work should be a priority on traffic reduction, with complementary measures to enable modal shift to buses, trains, walking and cycling. The experience of reducing car journeys between 1991 and 2011, and during the 2012 London Olympics, show how Londoners can adapt their travel behaviours. Less traffic on the roads can reduce congestion, improve journey times and reliability including for buses, and further encourage sustainable travel choices.

We have likewise drawn attention to other air pollution issues, including emissions from private hire vehicles, river transport and non-transport sources.