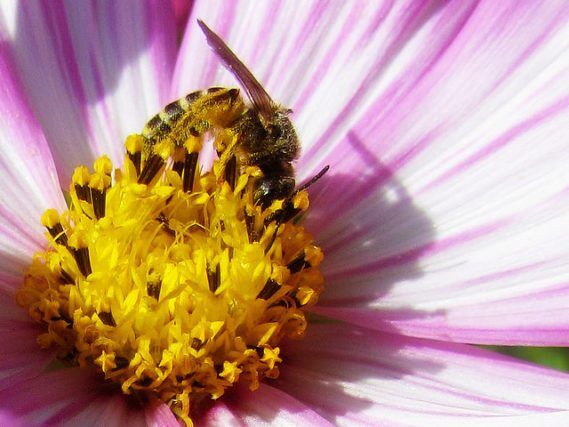 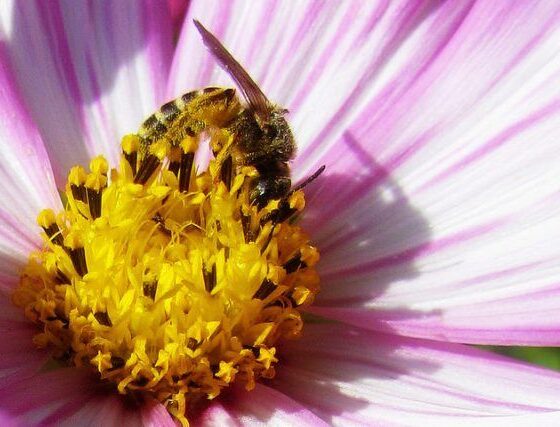 Friends of the Earth warns today (Thursday 5 January 2017) in a new report published at the Oxford Real Farming Conference has stated that current EU restrictions on neonicotinoid pesticides must be extended to wheat to protect bees and other wildlife.

Three neonicotinoid pesticides were banned on flowering crops in December 2013 after scientists concluded they posed a ”high acute risk” to honey bees when used on crops attractive to them. But these chemicals can still be used on other crops.

One of the restricted neonicotinoids (clothianidin) is widely used on wheat. In 2014 it was used on over 700,000 ha of wheat in the UK. This is greater than the total area of oilseed rape – a crop which is covered by the restrictions.

The Friends of the Earth report found that the use of clothianidin on wheat also posed a threat to bees and other wildlife, for example:

• Neonicotinoids are normally applied as a coating to seeds. However over 80% of the chemical can leach into the soil, where it can be absorbed by other plants. High levels of neonicotinoids have been found in wildflowers next to wheat crops, and can enter flowering plants attractive to bees if they are grown after wheat. Bees can also be exposed to neonics due to dust drifting away from the crop when treated seeds are sown.

• Studies have warned that birds could be harmed by eating seeds treated with neonicotinoids.

• Global studies have found widespread presence of neonics in water and further studies have found evidence of harm to aquatic invertebrates, such as freshwater shrimp, which could have a knock on impact on fish, including salmon.

• Earthworms, which are critical to soil health, are exposed to neonics in the soil. There is evidence that these pesticides have an impact on worm mortality, reproduction and behaviour.

Studies have also shown these chemicals are harming natural predators: the insects which farmers rely upon for pest control.

Friends of the Earth is urging DEFRA Secretary of State, Andrea Leadsom – who addressed the Oxford Farming conference yesterday – to back the continuation of current restrictions on neonicotinoids, and to support an extension of the ban to cover wheat and all other crops. 18 wildlife and environment groups called for the restriction on neonicotinoids to be extended to wheat last month.

The minister is also being urged to ensure that farmers are supported to help wildlife, including cutting pesticide use, in a post-Brexit farming policy.

We can’t afford to gamble with nature in this way

“There is increasing scientific evidence that the use of neonicotinoids on wheat poses a threat to our bees, birds and butterflies – current restrictions on these pesticides must be extended to cover this crop.

“We can’t afford to gamble with nature in this way if we are to carry on producing British food and safeguarding the health of our countryside.

“The UK government must back a complete ban on neonicotinoid pesticides – and commit to helping farmers to grow food without harming the environment as a central part of its post-Brexit farming policy.“