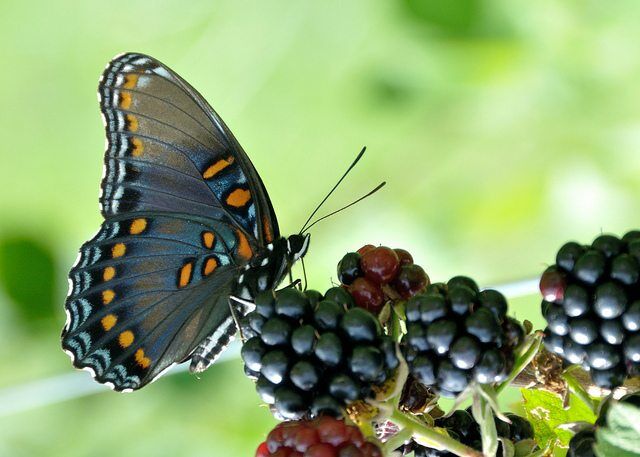 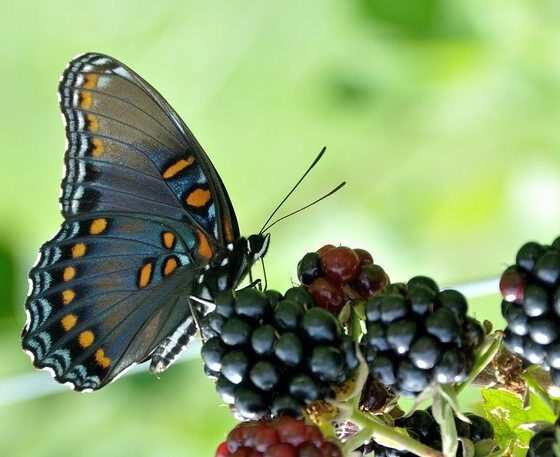 Researchers investigated the impact of Extreme Climatic Events (ECEs) on butterfly populations. The study shows that the impact can be significantly positive and negative, but questions remain as to whether the benefits outweigh the negative effects.

While it is well known that changes to the mean climate can affect ecosystems, little is known about the impact of short-term extreme climatic events (ECEs) such as heatwaves, heavy rainfall or droughts.

Osgur McDermott-Long, PhD student and lead author from the School of Environmental Sciences at UEA, said: “This is the first study to examine the effects of extreme climate events across all life stages of the UK butterflies from egg to adult butterfly. We wanted to identify sensitive life stages and unravel the role that life history traits play in species sensitivity to ECEs.”

The researchers used data from the UK Butterfly Monitoring Scheme (UKBMS), a high-quality long-term dataset of UK butterfly abundances collected from over 1,800 sites across the UK, spanning 37 years, to examine the effects of weather data and extreme events (drought, extremes of rain, heat and cold) on population change.

The team looked at resident species of butterflies, those which only breed once in a year, and those having more than one brood annually. Multi-brood species were found to be more vulnerable than single brood species and in general extremes of temperature rather than precipitation were found to influence changes in butterfly populations.

Dr Aldina Franco, co-author said: “A novel finding of this study was that precipitation during the pupal (cocoon) life-stage was detrimental to over one quarter of the species. This study also found that extreme heat during the ‘overwintering’ life stage was the most detrimental extreme weather event affecting over half of UK species. This may be due to increased incidences of disease or potentially extreme hot temperatures acting as a cue for butterflies or their larvae to come out from overwintering too early and subsequently killed off by temperatures returning to colder conditions.”

In addition to the negative impacts, the authors found that some life stages may benefit from climatic extreme weather, with extreme heat in the adult stage causing a positive population change in over one third of the UK species.

Dr Franco, added: “This is not an unexpected finding given that butterflies are warm loving creatures. Years with extreme warm summers and winters may have mixed effects. For example, this year was terrible for butterflies, although the summer was warm the number of butterflies counted during the Big Butterfly Count was particularly low. Our study indicates that this could have resulted from the detrimental effects of the warm winter, for example the recent low counts of Gatekeeper, Common Blue, Comma, Peacock and Small Tortoiseshell butterflies could be explained by our results due to their negative response to warm winters which was just experienced”.

Mr McDermott Long said: “The study has demonstrated previously unknown sensitivities of our UK butterflies to extreme climatic events, which are becoming more frequent with climate change. Some of these effects are undoubtedly putting future populations at risk, such as extremely warm winters, however we’ve seen that warm and even climatically extreme hot summers may actually benefit butterflies.

Further research is needed regarding the balance of the importance that these variables could have, to see if the benefits of warmer summers will be outweighed by the detrimental winter effects”.

Dr Tom Brereton from Butterfly Conservation and a co-author of the study, said: “If we are to mitigate against extreme events as part of conservation efforts, in particular, we need a better understanding of the habitat conditions which can lead to successful survival of adult, pupal and overwintering life stages of UK butterflies in these situations.”

This work is part of Osgur McDermott-Long’s PhD project funded by the University of East Anglia and with Butterfly Conservation and the Biological Records Centre as project partners. Prof Rachel Warren, Dr Aldina Franco and Dr Jeff Price and are the PhD supervisors. External co-authors include Dr Tom Brereton from Butterfly Conservation and Dr Marc Botham from Centre for Ecology and Hydrology.

‘Sensitivity of UK butterflies to local climatic extremes: which life stages are most at risk?’ was published in The Journal of Animal Ecology on 31st October.