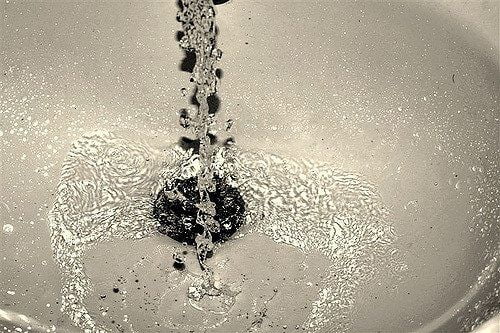 Drought, flooding, tightening regulation and water scarcity and stress fuelled by climate change have cost companies US$14 billion. This is over five times the US$2.6 billion reported last year by companies providing information to investors on their management of and impacts on water resources.

These are the findings of a new report, Thirsty business: Why water is vital to climate action, from CDP, the global non-profit tracking corporate environmental performance.

The increase was largely driven by Japanese power giant TEPCO, who disclosed that nearly US$10 billion was spent in the past financial year addressing groundwater pollution from the Daiichi nuclear power plant following the 2011 tsunami.

Many companies disclosed drought-related impacts: General Motors disclosed spending US$8 million due to increased water rates and hydro-electric costs linked to drought conditions. Aerospace and defence firm United Technologies Corporation invested US$1.7 million in water-saving infrastructure across its six Southern California sites, where it expects water constraints will be “a permanent condition”. Diageo disclosed US$2.4 million in conservation measures at one plant, where it saw the average cost of liquid production more than double because of Brazil’s drought.

By 2030, the UN estimates global demand for water will exceed available supply by 40%.

Year-on-year trends analysis by CDP shows that companies are not adequately preparing for this future. The report highlights stagnant progress in key areas such as tracking water use and undertaking risk analysis.

CDP’s study is based on data provided by 607 companies this year in response to its request for information made on behalf of 643 institutional investors with US$67 trillion in assets.

Launched in Marrakesh during the UN climate talks – the first to take place since the entry into force of the Paris Agreement – CDP’s report findings also reveal:

– 1 in 4 emission reduction activities need water: 24% of the carbon reduction activities planned by business, which include switching to nuclear or developing carbon capture technology, are highly water-dependent. However, the majority of companies (54%) disclose that efforts to conserve water have led to GHG reductions.

– More water risks to come: Companies expect over half of 4,000+ water risks they have identified to materialize within the next six years.

– The energy sector is a major laggard and the least transparent about water risks: 77 of 109 energy companies asked to provide information to investors about their water risk management efforts failed to do so. They include Exxon, Chevron and Shell. Despite the sector’s dependency on water, 91% of respondents do not conduct a company-wide water risk assessment covering both direct and supplier operations.

– 24 companies have been recognized as pursuing best practice in water conversation and management: They include Ford Motor Company and Colgate Palmolive Company, who have been recognized for their actions by achieving a place on CDP’s Water A List leadership index. Ford have set a new goal to cut water use per vehicle by 72% in the next four years, compared with 2000.

CDP’s CEO Paul Simpson says: “This year’s findings offer two clear lessons for the private sector. Firstly, that water risks can rip the rug from right under business, posing a serious threat to bottom lines. Secondly, and crucially, that water will be a fundamental global commodity in the transition to a low-carbon economy. Every drop of clean, sustainable water will be essential for the emissions reduction activities countries and companies have planned. This is a wake-up call to companies everywhere to take water more seriously.”

Morgan Gillespy, the report lead author and CDP’s head of water, says: “For a long time companies have taken water for granted as a free and plentiful resource. But these assumptions are unravelling as the impacts of climate change gather pace. From the US$100 billion worth of energy infrastructure at risk from rising sea levels in Louisiana to Chinese industry facing tightening restrictions on water use, investors are right to worry about the impacts of water risks on their assets.”