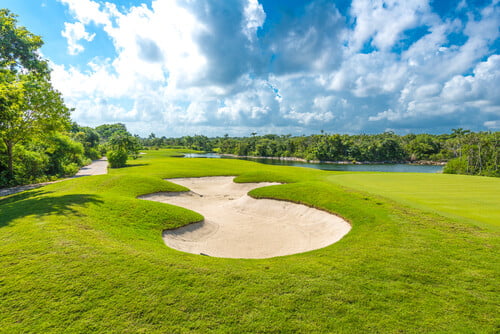 Sustainability is becoming more important for companies that want to retain a competitive edge. According to one survey, at least a third of customers prefer working with eco-friendly brands. However, some brands are less likely to embrace eco-friendly business practices than others. Country clubs were a prime example for at least the past decade, but this is rapidly changing. Country clubs are going green.

Country Clubs are Moving Towards Sustainability

According to James McGill, an expert I recently spoke with, one of the reasons that country clubs were less enthusiastic about going green was due to the demographic that they served for the past 20 years. They have historically catered to an older, wealthier, and more conservative customer base. Their customers weren’t particularly concerned about sustainability. A large portion of them didn’t believe the science on climate change.

This has changed considerably in recent years. The biggest reason is that Generation X is aging and becoming a larger customer base for country clubs. This demographic prides itself on sustainability. Country clubs throughout the country are developing more sustainable business practices to reach these customers.

Florida country clubs are especially passionate about embracing sustainability. In 2010, Jacksonville mayor John Peyton introduced the city’s first Office of Sustainability Initiatives. This was largely due to pressure from a growing a share of millennials and Generation X voters and consumers putting a lot more pressure on local politicians to fight climate change. When you are looking at homes for sale in Glen Kernan or want to find a country club in the area, you will find that they have started working with sustainability experts to make the necessary changes.

However, country clubs in other states are also making changes to improve sustainability practices. Paul Stead, the superintendent at Kennett Square Golf and Country Club in Pennsylvania, is another country club manager who is talking about the benefits of sustainability. Stead stated that people are putting more pressure on the management at Kennett Square Gold and Country Club to address environmental problems.

Many of the people that used to be complacent or completely in denial about the realities of climate change are either passing away or heading to nursing homes. In the meantime, younger generations that are becoming their new customer base are expressing their concerns much more clearly. Stead stated that he doesn’t understand the “who cares” mentality anymore, because a growing majority of people recognize the threat that climate change poses to the environment. Some of the pressure is actually coming from the youngest customers. Stead stated that A 10-year-old recently asked him why they were using Styrofoam cups.

What Steps Are Country Clubs Taking to Practice Sustainability?

Country clubs have discovered that they need to put their money with their mouth is when they market themselves as being eco-friendly. Here are some of the changes that they have started to make:

These country clubs are highly committed to making vital environmental changes. This can make a difference in the fight against climate change in the years to come, and is a positive change for the country club industry.