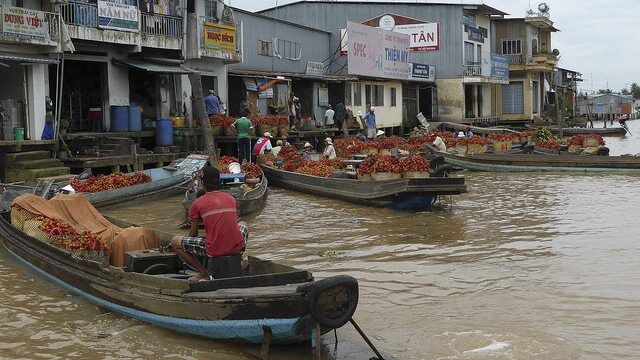 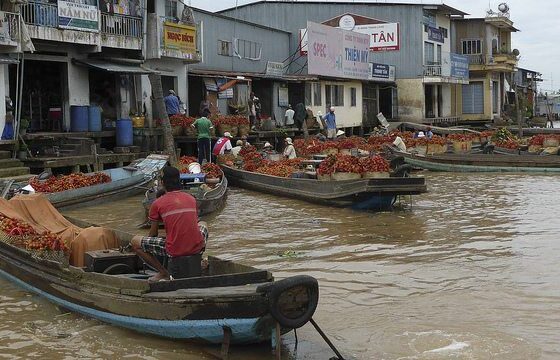 Save The Mekong Coalition Statement For The 23rd MRC Council Meeting.

In line with the 23rd Mekong River Commission (MRC) council meeting, the Save the Mekong Coalition raises concerns over hydropower projects.

The Save the Mekong Coalition notes with serious concern the ongoing development of hydropower projects on the Mekong mainstream, despite unresolved issues over transboundary and cumulative impacts of projects already under construction and a breakdown in shared regional decision-making. we are further concerned about the status of the MRC Council Study, intended to inform decisions regarding development on the Mekong River, and request information on the status of the study, as well as of the review of the 1995 Mekong Agreement’s Procedures by the MRC’s Joint Platform.

The decision-making processes for the Xayaburi and Don Sahong dams, now under construction on the Mekong mainstream in Lao PDR, ignited significant controversy within the Mekong region and internationally. Requests for information and concerns over project impacts expressed during the Prior Consultation procedures were not formally addressed, including calls for extension of the consultation period, thorough baseline information, and studies of transboundary impacts. Both projects proceeded despite the absence of agreement or resolution of concerns within the MRC’s Joint Committee and Council.

The Xayaburi Dam is reportedly 70% complete. Yet, despite repeated requests by Development Partners, the full design of the dam has still not been made public, nor is there evidence demonstrating the project’s compliance with the MRC’s ‘Preliminary Design Guidance for Proposed Mainstream Dams’. No information has been shared regarding resolution of the concerns and requests for further studies raised by the Governments of Thailand, Cambodia and Vietnam over the Don Sahong Dam, while project construction has forged ahead.

As a result of the Prior Consultation process for the Xayaburi Dam and recognition of the importance of the Mekong River, an agreement was made at the December 2011 MRC Council meeting to conduct a study on sustainable development and management of the Mekong, including the impacts from the Lower Mekong mainstream dams (the ‘Council Study’). The Council Study was identified as a priority area of action by Mekong Leaders in the Ho Chi Minh City Declaration at the second Mekong Summit in 2014, who called for the implementation of the study to be expedited “to provide sound advice and recommendations on sustainable development in the Basin.” However, the study has faced repeated delays and there has been limited disclosure of information to and consultations with the public on the Council Study’s findings and status. Priority must be given to completion of the Council Study to inform decision-making, together with the results of the Mekong Delta Study commissioned by the Vietnamese Government and completed earlier this year.

This month, the government of Laos notified the MRC of its intention to construct a third dam on the Mekong mainstream, the Pak Beng Dam in Oudomxay Province. The MRC Secretariat has indicated that the notification will again trigger the Prior Consultation process. While the MRC has committed to a review of the procedures, including implementation of the Prior Consultation process, through the Joint Platform, there is limited information about the status of this process or how it will inform the procedure for future projects.

It is critical that Mekong Governments learn from the experiences of hydropower projects already under construction on the Mekong River, and use these lessons to inform how future decisions over the shared river are made. Before procedures are launched that will advance further projects, irreversibly transforming the Mekong’s ecology and destroying its ecosystem services, the MRC must prioritize organizational reform and clearly articulate a vision for the future role of the institution and the 1995 Mekong Agreement, with the support and agreement of Mekong people.

Ongoing developments in international law, and within the region, should be reflected and adapted in the institutional arrangements for the Mekong River. This includes the principles articulated in the United Nations Convention on the Law of non-Navigational Uses of International Watercourses (UNWC), to which Vietnam is a party, and requirements for transboundary environmental impact assessment for projects with transboundary effects. Mekong governments should further identify ways to ensure that the objective of promoting the sustainable management and conservation of the Mekong River Basin informs rather than remains side-lined from broader regional processes with an important bearing on decisions over the basin’s future, such as intra-regional integration through the ASEAN Community pillars.

At the 22nd MRC Council meeting held in January, Member Countries addressed the impacts of climate change on the Mekong River, and the additional efforts needed to identify solutions for sustainable management of the river. To address the impacts of climate change and work towards a climate resilient future, it is imperative for Mekong Governments to acknowledge the transboundary impacts of hydropower projects on the Mekong River and their contribution to the drastic changes already occurring, including drought, water level fluctuations, decline in fish stocks and loss of agricultural productivity. Decision-makers in the Mekong must recognize the fundamental role of a healthy Mekong River in the region’s resilience and adaptation to climate change.

The Mekong River is a vital shared resource for the region. There is an urgent need for change in the decision-making processes that are informing hydropower development in the Mekong Basin to ensure a sustainable future for the river and her people.

We call on the Mekong governments and the Mekong River Commission to:

• Prioritize participation and consultation on the Council Study, expedite completion of the Council Study and disseminate ongoing results to the public, ensuring that these findings and those of the Mekong Delta Study inform further decision affecting the future of the river;
• Prioritize organizational reform, including an assessment of the future of the MRC and the 1995 Agreement, with participation by the public and Mekong communities. The Mekong Agreement and procedures must be transparently reviewed and adapted in
• Halt further decision-making over Mekong mainstream dams, until such a time as decisions can be informed by and based upon meaningful consultation, particularly with local project-affected communities, and sound basin-wide studies which consider the transboundary and cumulative impacts of mainstream dams.