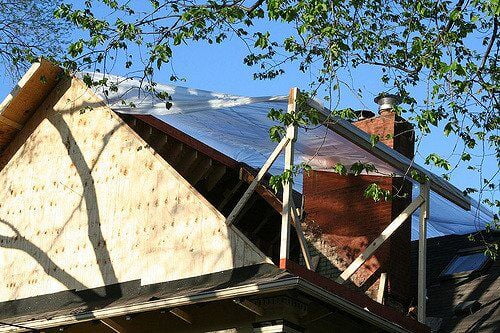 A new green paper, released today by the UK Green Building Council (UK-GBC) is proposing a significant increase in leadership by cities and local authorities to support sustainable new home and community developments.

The paper follows the scaling back of ambitions for zero carbon and sustainable new homes by national government in recent years. 2015 saw the scrapping of the Zero Carbon 2016 target – a policy which had been in place for nearly ten years – and the wind-down of the Code for Sustainable Homes – the key tool that developers and planners used to promote sustainable development in new build housing.

The UK-GBC paper examines what local authorities in the UK can do, under their existing powers, to improve the standards of new-build housing in their area, as well as what they can do as landowners. It suggests that local authorities can take a lead by, for example, requiring higher building standards on their own land, using tools like Open Book Viability, running energy companies, and a range of other policy innovations.

It also reviews what devolution deals could offer, considering the potential for cities to develop spatial plans for the whole area; work with industry to develop standards for higher quality homes; and bring budgets together to tackle health and housing issues holistically.

“In the current policy landscape, with ambition in sustainable housing at a national level falling short, it is vital we consider how local and city authorities can play a leadership role. This is the only way we will meet our stretching carbon reduction targets and deliver genuinely sustainable places.

“This paper proposes that cities should learn from existing best practices in respect of planning and design tools, and drive up sustainability standards for housing on their own land. It also suggests advocating for new powers under devolution, which would enable them to work in partnership with industry to raise the bar for new-build housing in their jurisdiction. We look forward to the views of stakeholders on our proposals.”

This paper is currently out for consultation with UK-GBC members and other interested parties until Monday 20 February and will inform UK-GBC’s work with local authorities, central government and industry in the upcoming city-region mayoral elections and beyond.