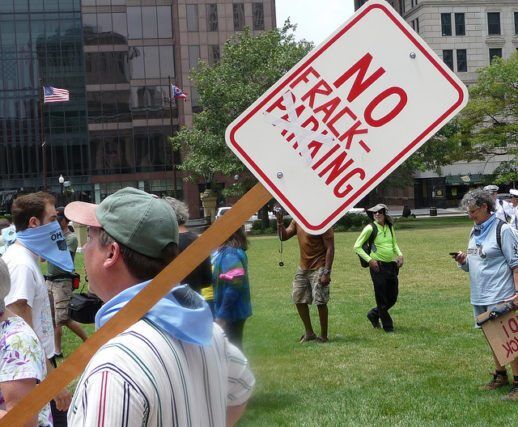 WWF Comment On Labour’s Call To Ban Fracking In Scotland

Official proposals have been lodged by a Labour MSP today calling for a legal ban on fracking in Scotland.

Claudia Beamish MSP is putting forward a Private Members Bill calling for an outright ban, highlighting its damaging effects on the climate as well as local environmental concerns.

“It’s great to see Scottish Labour acting on its commitment to an outright ban on fracking by bringing forward this bill. There is overwhelming public opinion in favour of cleaner forms of energy and a sufficient body of evidence on why unconventional oil and gas are neither good for people or the planet. ”

“The climate science is clear, the vast majority of known fossil fuel reserves need to be left in the ground. Scotland should instead be playing to its natural advantages in clean, green renewable energy and capitalising on the jobs, climate benefits and health improvements a zero carbon future can deliver.”