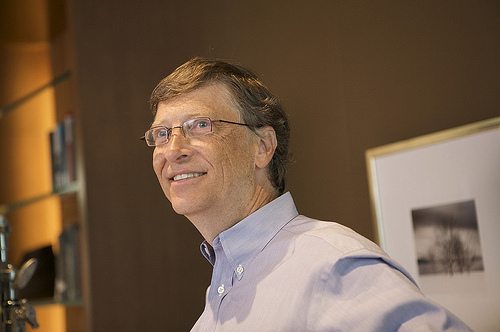 Multi-millionaires continued to donate large sums of money in 2013, with donations expected to grow again this year. The 10 biggest donors of the year pledged over $20 billion (£12.1 billion) to charitable causes alone, research shows.

Spear’s magazine and wealth consultancy company WealthInsight studied the world’s wealthiest and the good causes they have supported in the past 12 months.

The research found that cultural, academic, health and humanitarian charities accounted for 71% of donations made by multi-millionaires in 2013. According to Oliver Williams, from WealthInsight, UK millionaires take a different approach compared with their global counterparts, with health charities coming out top.

“Another habit of UK millionaire donors is that they have a more international approach to aid the most nationalities. Issues such as climate change and international humanitarian issues feature high on the priority list”, Williams added.

The study found that globally, European and US multi-millionaires remain the most generous. However, as developing nations continue to grow and more millionaires from China, India and the Middle East emerge, this is likely to change.

Global wealth reached an ‘all-time high’ of $241 trillion (£146 trillion) in 2013, according to a report from Credit Suisse. The richest 1% own 46% of global assets, demonstrating the positive impact philanthropy from the richest can have on the world.

Many millionaires also joined Bill Gates and Warren Buffett’s Giving Pledge. The pledge sees the world’s wealthiest dedicate the majority of their wealth to philanthropic causes.

Josh Spero, editor of Spear’s, said, “The Warren Buffet and Bill Gates Giving Pledge has had a huge impact on charitable donations from millionaires, which have continued to grow in 2013.”

In a recent blog, Gates outlined how donors had helped reduce child deaths, poverty and illness in 2013. He also reaffirmed his commitment to continue supporting worthy causes this year, including paying for more vaccines and involving more donors.

Mark Zuckerberg, the 29-year-old founder of Facebook, topped a recent list ranking the biggest charitable donations by individual US philanthropists in 2013. In December, Zuckerberg and his wife Priscilla Chan provided the Silicon Valley Community Foundation with 18m shares in the social network.

Spero added, “We would expect charitable donations to continue to grow in 2014 as the global economy gains momentum.”