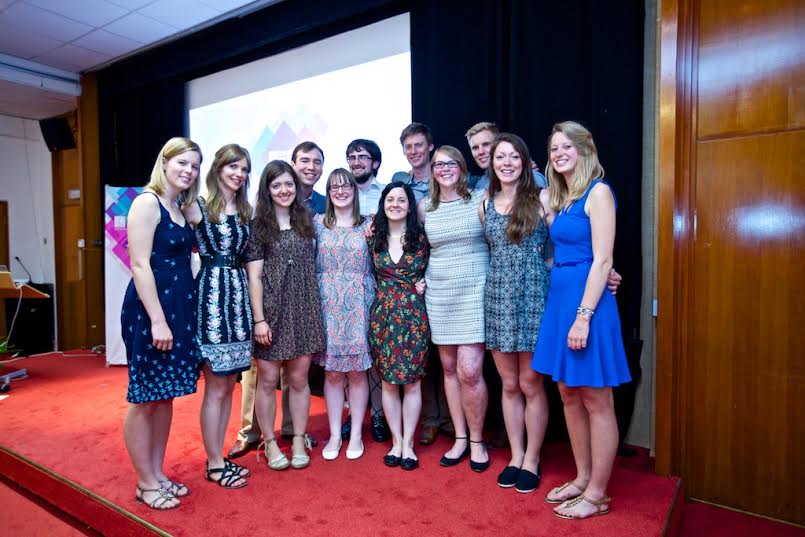 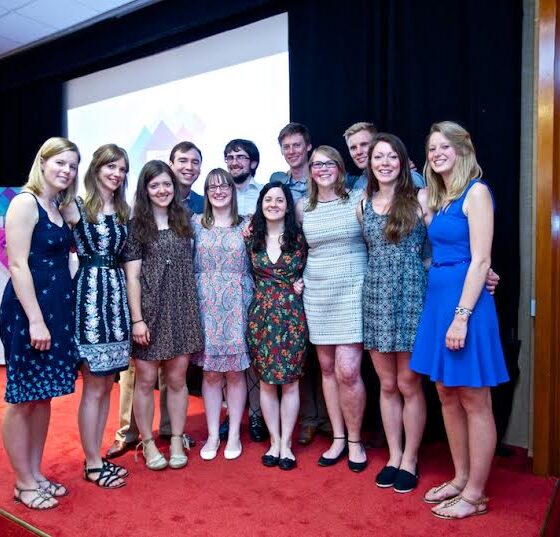 It was a sultry evening in Camden for the graduation of the Forum for the Future class of 2014. We profiled the scholars as they came to the end of their year and it was great to see them all finally graduate.

This was the 18th such graduation and the Masters Scholarship programme, run in conjunction with Middlesex University, now has over 225 alumni.

Sara Parkin OBE, co-founder of Forum, opened proceedings. In her address, she talked about an apparent normalisation of discussions about unsustainable development since the course’s inception. She pointed out that, now conferences on climate change attract the military, which sees it, and things like competition for resources, as major security risks. For example, a joint research project between the USA and EU security ‘think tanks’ has assessed the resilience of countries against a range of environmental and social, as well as economic, criteria concerned about multiple factors destabilising what in some cases are already fragile states.

But, despite what appears to be a higher concern about the impacts of unsustainability, political and practical action is “dangerously absent“.  There is a catastrophic failure of political leadership on the defining issue of our times. The reason for this, Sara suggested is that political leaders – indeed leaders of all sorts – “simply don’t know what to do. They are sustainability-illiterate, unimaginative and untrained in how to deal with complexity and the uncertainty caused by unsustainability”. Ignorance and fear of losing control has a paralysing effect.

Moreover, effectively our democracy has been captured by powerful lobby groups that create a feeling of powerlessness amongst the rest of us. A third of us don’t even vote every five years and most do not trust either government or business leaders.

The Forum Leadership for Sustainable Development Masters is designed to equip students with both theoretical and practical knowledge and skills to be confident to offer sustainability-literate leadership wherever they end up.  It is a fast-track course and four learning placements covering food, energy, communication and finance give them a chance to find out how different sectors and types of organisations are talking sustainability. Organisations as diverse of Marks & Spencer, Unilever, Innocent Drinks, Friends of the Earth, DEFRA, Islington Council, Carillion, Ecover, Welsh Assembly Government, IIED, Fairtrade Foundation, Green Party, TUI Travel, EDF Energy, Kingfisher, Interface and little old Blue & Green Tomorrow played host to scholars in 2013-2014.

There was a very moving moment when Mary Sandbrook, the widow of the late, great Richard Sandbrook presented the Sandbrook Memorial Prize. This is given each year to the individual whom the scholar’s themselves nominate as the most outstanding student. This year, in the spirit of collaboration Forum exemplifies and advocates, the students awarded the prize to the whole group. The prize money will form a start for a fund they will use to invest in genuinely sustainable projects, possibly for meetings and fund raising to begin with.

We were then treated to an amusing X-Factor-style retrospective presentation of the Scholar’s year put together by the scholars themselves. I’m fairly confident that there are a few frustrated actors amongst the cohort.

This year’s cohort of talented people were:

Congratulations to them all, we’ll follow their careers with interest.

The next cohort of students is currently being recruited and you can apply here.