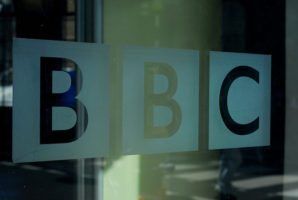 A report shows that in between shooting episodes for BBC1 series Hugh’s War on Waste, the volume of food that FareShare food redistribution charity received from retailers and food manufacturers increased by an incredible 60%.

Last year, for the second episode of the BBC series, Hugh Fearnley-Whittingstall visited the FareShare Merseyside team to see how the charity redistributes good food that would otherwise go to waste to nearly 2,500 frontline charities and community groups across the UK, so that they can provide nutritious meals alongside life-changing support for people in need.

Hugh hit the road with volunteer delivery driver, Dave to see the difference that FareShare makes to charities like Unity Youth Centre in Toxteth, where they turn surplus food into nutritious meals for around 40 young people every weekday.

In the third and final episode of the series, Hugh visits another of the charity’s 20 Regional Centres, FareShare Southern Central in Southampton, where FareShare CEO, Lindsay Boswell, tells him that the volume of food FareShare received was 60% higher in December 2015 than it had been six months earlier – meaning that an extra 50,000 people were being fed every week with food that might otherwise have been wasted.

Hugh also hears about new initiatives that are helping supermarkets to redistribute food that remains unsold in their stores at the end of the day. These include FareShare FoodCloud, which combines technology and on-the-ground support to connect stores with local charities. Tesco is the first retailer to invest in and rollout FareShare FoodCloud to its stores and after just four months, the scheme has already provided enough food for more than half a million meals to over 1,400 charities and community groups.

“Last year, we redistributed more food than ever before, enough for frontline charities including homeless shelters, children’s breakfast clubs and domestic violence refuges to provide 18.3 million meals for vulnerable people,” says FareShare CEO, Lindsay Boswell. “Yet we’re only accessing a tiny percentage of the surplus that the food and drink industry produces.

Hundreds of thousands of tonnes of perfectly edible food still gets thrown away, or used to generate energy or animal feed, every year – we estimate there’s enough to provide at least 650 million meals for people in need.

“Every one of our Regional Centres has a waiting list of charities that need food, and that’s why we’re urgently calling for more food companies to work with us to redistribute their good, surplus produce, and for more volunteers to help us get that food to the people who need it most.”