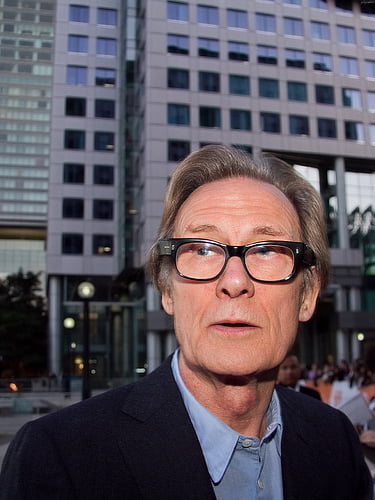 Bill Nighy has outlined during a trip to Malawi how decisions made in banks, financial institutions and stock exchanges could potentially create an “Aids-free generation“.

The actor, star of such films as Love Actually and Pirates of the Caribbean, explained that a Robin Hood tax, which takes from the rich and gives to the poor, could bring an end to a disease that claims the lives of 1.8 million people a year and affects about 20 times that number.

In the UK alone, more than 90,000 people – more people than ever before – are living with HIV, with 25% of those apparently unaware they have the virus.

In a video released as part of World Aids Day today, Nighy makes a direct link between the world’s financial system and global poverty, and we’ll hand over to him to explain the premise of the idea:

“I don’t think anyone in the modern world should have to choose between a sick African baby and a sick British baby. I don’t think it’s cool, and it’s absolutely unnecessary.

“We’re not here simply to tell you how bad things can get and then walk away; we have a way of paying for it called the Robin Hood tax. And it’s not your money; it won’t cost you a penny. It’s a 50p tax on every £1,000 generated by the kind of speculative banking, the gambling that went on in cyberspace that precipitated the recent banking crash that we’re all now struggling to pay for.

“Were it adopted worldwide, it would generate something like £250 billion or $400 billion, and would basically institutionalise charities charity and you would never ever have to listen to be banging on again. Each country would of course be at liberty to distribute the money as they see fit, but the suggestion is that 50% of it be used for domestic issues.

“In UK terms, 1.5 million children live below the poverty line in the UK; it could be targeted at that. The other half [would be] split into two and 25% used for climate change issues, which are crucial, and the other 25% pointed at more traditional targets like trying to stop 500,000 women dying every 12 months trying to do something as simple as having a baby, not because they’re reckless or stupid but because they drew the short straw geographically-speaking.

“It’s a simple and brilliant idea which always seems, when you first hear it, too good to be true. It’s just that good; trust me.”