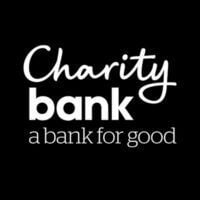 EVA Women’s Aid, which supports women who have been victims of domestic or sexual abuse and violence and their families in Teeside, won the Greatest Impact Award. Graham Perolls CMG was named Change Maker of the Year for his work in establishing Hospices of Hope, the leading palliative care development organisation in South-East Europe.

The awards were open to all current Charity Bank borrowers and were in two categories: the Greatest Impact Award with the winner selected by a panel of judges, and as a new category for 2016 the Change Maker Award to recognise exceptional individuals who are the driving force behind their organisations, shortlisted to three by the judges and then open to a public vote.

Accepting the Greatest Impact Award on behalf of the team at EVA Women’s Aid, founder Richinda Taylor said: “Sadly many women believe that there’s no way out for them but we help them to see that there is a future after domestic violence. This award recognises the work that our specialist team does in helping these women rebuild their lives – we are touched and honoured to receive it.”

Other charities shortlisted for this award were:

The Change Maker of the Year Award was given to Graham Perolls for his tireless work over the past 25 years in the delivery of hospice and palliative care, starting in Romania in 1992 and expanding with partners in Serbia in 2006 and Moldova in 2008. His dedicated team has facilitated care for 30,000 patients and training for 20,000 health care professionals from all over Central and Eastern Europe.

Graham said: “I make no apology that whether we are members of the European Union or not our charity brings hope to some of the most marginalised people in Europe. It is a huge privilege to be able to make a difference to the lives of children and adults facing a terminal or life-limiting illness.

“Katia, one of our young patients with muscular dystrophy, has just won a scholarship to Manchester University to study psychology and we are immensely proud of her achievements.”

Addressing the awards was Ian Scholes, chief executive of Spacious Place Enterprises, a social enterprise in Burnley that aims to help people move from a place of restriction to a place of hope and opportunity, said: “It’s great to be part of the Charity Bank Awards and meet so many individuals and organisations committed to investing so much time, energy and effort into helping people and communities become the best they can possibly be.”

Patrick Crawford, chief executive of Charity Bank, said: “Those shortlisted for this year’s awards deserve recognition for their indomitable spirit and passion. This is our opportunity to pay tribute to them and all the marvellous charities we have the privilege to work with every day as they help the disadvantaged, enrich lives and make our communities better places.”