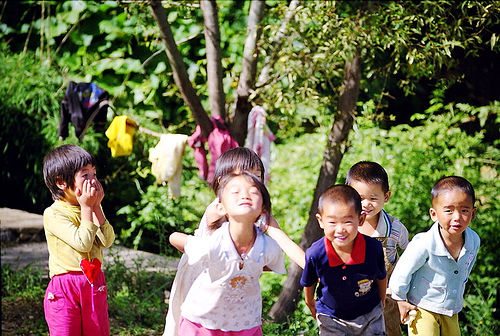 Amid concerns of an ageing population China has further eased its one-child policy, allowing couples to have two children if one parent is an only child, reports Chinese news agency Xinhua.

When the new rules are implemented, arrangements will vary depending on the local demographic, allowing provincial authorities to set their own timescale. It is hoped the changes will balance population growth in urban areas.

The government is now being urged to prepare for a possible baby boom in the coming years and ensure facilities, such as hospitals, can handle the expected rise in demand.

The one-child policy was implemented in the 1970s and is estimated to have prevented 400 million births. The decision to change the policy follows a steadily declining birth rate. Since the 1990s Chinese women of child-bearing age, on average, give birth to 1.5 children.

There have always been exceptions to the one-child policy. If both parents are only children they could apply to have two children, rural couples could also apply to have a second child if their first was a daughter and ethnic minorities are exempt.

It was reported earlier this year that the country was considering scrapping its one-child policy due to concerns around an ageing population. By the early 2030s a quarter of China’s population is expected to be aged 60 and above.

Ageing population is a concern globally as people continue to live longer. In the UK, the population is expected to rise by almost 10 million in the next 25 years, partly driven by longer life expectancy [http://blueandgreentomorrow.com/2013/11/07/uk-population-to-rise-by-almost-10m-in-next-25-years/].

The challenges associated with an ageing population also present a number of sustainable investment opportunities. This includes investing in healthcare, care homes and technologies that help alleviate the issue.

Seb Beloe, head of sustainability research at WHEB Asset Management, has previously described investing in the elderly as a smart investment trend.