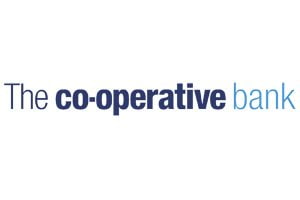 Highlights of the 2015 Report reveal that the Bank:

– Launched ‘The Hive’ – a £1 million business support programme to help growth in the £37 billion co-operative and social enterprise sector. The programme is being run through Co-operatives UK and nearly 7,000 co-operatively run businesses will be able to access this service

– Sourced 99 per cent of its energy from renewable sources

– Supported local communities through staff volunteering with 4,352 hours of paid time off (almost an hour for every colleague who works for the Bank)

The 2015 Values and Ethics Report showcases how the Bank has been designing and creating products which are in-line with customer expectations and putting customers at the heart of the development process. It also provides independent assurance about the way the Bank implements its Ethical Policy, including the ethical screening of business banking customers and suppliers.

Notably,  the  report  also  highlights  how the Bank has made a successful return  to  campaigning,  detailing  the  ‘My money, my life’ campaign with Refuge which  identified  and  raised  awareness  of financial abuse in intimate  partner  relationships  in  the  UK.  The campaign calls for the
Banking industry to introduce a ‘Code of Practice’ to tackle the previously unknown issue in the industry and help the victims of financial abuse.

Laura Carstensen, Chair of The Co-operative Bank’s Value and Ethics Committee, comments: “We remain the only high street bank in the UK to have a customer-led Ethical Policy and we have long been at the forefront of reporting to our customers and wider stakeholders on its implementation. I’m very pleased that this year’s report builds on this heritage and also documents our return to campaigning.

“The  Values  and  Ethics  which underpin the Bank’s business are now being embedded  in  all  areas  including  the  co-creation of products utilising customer  feedback.  This  was  central  to  the  creation  of  our revised overdraft  structure  and  the  launch  of our balance transfer credit card which doesn’t penalise customers for small mistakes. The report demonstrates that putting the customer at the heart of everything we do is vital as we continue to rebuild the business and trust in our brand.

“Whilst there is still much to do to turn the business around, we are making real progress.  As the most improved brand in the YouGov 2015 Brand Index, our Values and Ethics continue to differentiate us and I know customers will welcome this report on our progress.”