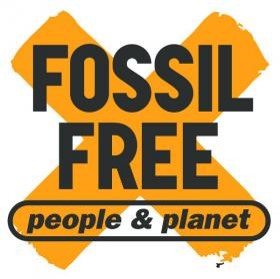 Wolfson College (University of Oxford) is the largest of the endowment funds in the latest announcement, with £42 million being divested after policy was passed that excludes investments in ‘companies that derive a majority of their revenue from the exploration, ownership or extraction of thermal coal and oil sands’. This follows a two-year campaign at the University of Oxford supported by 2,500 student and staff, which has seen 68 alumni handing back degrees and others occupying university buildings.

Jeremy Leggett, a Wolfson College alumni who handed back his degree and Chair of SolarAid, said: “Divesting from coal and tar sands is a good start, but it isn’t realistic to think that individual colleges and even universities can engage effectively with oil and gas giants to change behaviour. They should just divest. How incongruous is it to teach young people the science behind global warming’s dire threat to their future, and then invest in two of the main routes to fueling it?”

A further six institutions – Birmingham City University, Cranfield University, Heriot-Watt University, University of Hertfordshire, University of Portsmouth and University of Westminster – now hold their investments in funds that exclude coal and tar sands, following the decision by their fund manager CCLA to divest from coal and tar sands. The CCLA manages investments for charities, religious organisations and the public sector, and is majority owned by the CBF Church of England Investment Fund. Oxford Brookes University went one step further than its older neighbour and these six by divesting its £1.6 million endowment from all fossil fuel companies.

Piers Telemacque, National Union of Students’ Vice President for Society and Citizenship, said: “It’s amazing to see more universities divesting as we build momentum towards the climate talks in Paris. We need to show the sort of moral leadership we want to see from our governments. This is just the latest example of students making change on today’s most pressing social justice issue.”

A million students across the globe are expected to walk out of lessons to take action on 30 November 2015, the first day of the COP21 climate talks in Paris. Students will target the fossil fuel industry, which they claim has spread misinformation about climate change in order to extract profit from the 80% of current fossil fuel reserves that need to stay in the ground. Piers Telemacque went on to say, “I can’t wait to see what we achieve at on the day of action. It’s going to be huge.”

Last week, an open letter was sent to every university Vice Chancellor and Principle in the UK inviting them to divest from the fossil fuel industry, which the letter asserts ‘maintains a powerful grip on the negotiation process’ at the COP21 climate talks. The letter went on to say, “You can listen to our call and divest from fossil fuel companies before COP21 or make the political decision to invest in an industry that has done the most to cause climate change and threaten human life.”

The past 12 months have seen growing concern among British universities about the moral and financial implications of investing in fossil fuels and the ‘carbon bubble’ which threatens the £5.2 billion they collectively invest in the fossil fuel industry.

Juliette Daigre, Campaigns & Activism Manager at People & Planet, which coordinates the UK university divestment movement, said: “Dumping the fossil fuel industry is starting to go mainstream. The PR machines of the oil, gas and coal sectors are scrambling around trying to sell themselves as clean and sustainable, but people can see through their well-spun web of lies. We urge world leaders to listen to people across the world demanding serious action on climate change rather than an industry gone rogue.”

Globally, more than 400 institutions and 2,000 individuals have pledged to divest $2.6 trillion from fossil fuels.

These commitments include governments and investors from 43 countries and multiple sectors, including pension funds, health, education, philanthropy, faith, entertainment, climate justice and municipalities.