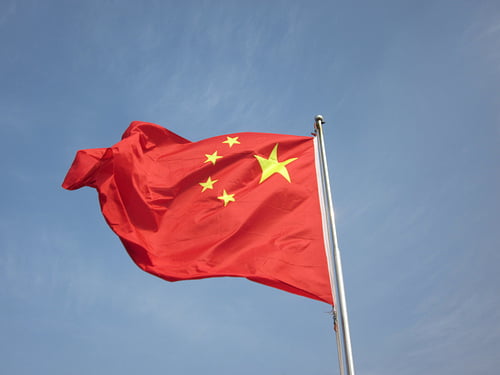 The Carbon Trust has released statistics from a new study that indicate a very positive attitude amongst China’s young adults, with 83% willing to show loyalty to brands that actively reduce their carbon footprint.

And it’s not only China’s so-called Millennials who are concerned about climate change and carbon. Those from the other five countries in the study—South Korea, South Africa, Brazil, the US and the UK—also show a surprising level of knowledge with opinions to match.

The research, conducted online with 18-25 year olds over a two-week period, comes as welcome news given other recent analysis that discovered that today’s young are less environmentally aware than ever—in America at least. The new study states that 68% of respondents believe that their generation is more concerned about climate change than their parent’s generation.

But perhaps what the new research also shows is that rather than considering the environment as a discrete and nebulous idea, the new generation is taking note of global issues and acting on them by voting with their feet. Indeed, a more integrated approach to sustainability is something a good many companies would be wise to follow.

Today’s young appear to be sufficiently savvy to read beyond greenwash. They want action on reportable issues such as carbon, and are starting to demand that companies be fully accountable.

The report makes an interesting point: “Most young adults across the majority of countries believe that carbon dioxide produced through the manufacture and distribution of products and services has the highest impact on personal carbon footprint”. This shows an advanced grasp of reality.

However, what becomes clear working through the stats is that, in almost every section, the UK and the US lag behind the other four nations, being less committed and less opinionated. Several telling conclusions are drawn for each country’s respondents:

Young adults from the US are in the top three countries when it comes to being aware of the term “carbon footprint”, and yet are the least concerned about climate change. They are also the least likely to follow a personal ‘carbon budget’.

In the UK, awareness of the term “carbon footprint” is high but only half claim to be concerned about climate change. Most UK young adults liked the idea of a personal carbon budget.

Many Chinese young adults are aware of the term “carbon footprint” but almost a third have never heard of it. Just over half say that carbon information on packaging would influence purchasing decisions and unlike in other countries, 42% say that they would buy the product even if it cost slightly more. Chinese youths are the most likely to follow a simple personal carbon budget.

The term “carbon footprint” is less common in South Korea, with over half claiming they have never heard of it. Despite that, over 50% say they are concerned about climate change. The majority would follow a carbon budget – especially if it was simple.

Only 60% of Brazilians claim to know the term “carbon footprint”, however, they are the most concerned about climate change. 63% would find carbon information on packaging useful enough to influence purchasing.In South Africa, over a third apparently use the term “carbon footprint”. In addition, 25% are attempting to reduce their carbon footprint but acknowledge there is room for improvement. Over 50% claim that information on packaging would influence their purchasing as long as the price was unaffected.

Overall, a third of all 2,800 young people surveyed would be prepared to pay more for a product with a lower carbon footprint—I wonder if the same could be said for the older generations…

What does all of this tell us? That companies who take stock of the trends among the young and integrate carbon reduction strategies into their business now may be able to reap financial benefits sooner rather than later. Furthermore, if you choose to invest in more sustainable and socially responsible companies, there’s a good chance you’ll be backing tomorrow’s winner.

Are you ‘down with the kids’? Reducing your own carbon footprint can be a lot easier than you think. You could shop more carefully and consider switching to renewable energy.