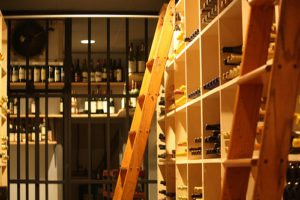 The Environmental Impact of Alcohol Production

Whether it’s wine, beer, or spirits, the majority of American adults enjoy a nice alcoholic beverage from time to time. In fact, the wine, liquor, and beer industry is one of the largest industries in the United States. As such a large industry, it’s important that we examine the environmental impact of the production and distribution of alcoholic products.

The Relationship Between Alcohol and the Environment

As a society, we spend a lot of time talking about the impact of alcohol on the human body, and we’ve heard numerous facts. For example, alcohol can stay in your system for as long as 24 hours. The number of drinks you should consume is based on factors like gender, age, and weight. Drinking and driving is never acceptable. The list goes on and on.

A few years back, an interesting study was conducted in regards to the environmental impact of producing a single bottle of wine. The study revealed hundreds of valuable data points and statistics, but some of the most interesting takeaways include:

Overall, the impact of a single bottle of wine on the environment isn’t substantial. There are ways to improve the industry – such as using lightweight bottles, organic fertilizers, and streamlined distribution methods, but the industry is doing fine.

Which Booze is the Most Eco-Friendly?

It may seem like an odd question, but you aren’t the only one wondering which alcohol is best for the planet. In fact, an academic paper published by the Food Climate Research Network took a look at this very topic.

When you judge by units rather than volume, it’s virtually impossible to differentiate between different types. Really, you have to look at specific brands and distillers if you want to say a certain type is better for the environment than another.

For example, if you’re a fan of whiskey, Maker’s Mark actually buys local grain and turns the waste into energy. Most of the company’s land is also part of a nature reserve. It’s the little bits and pieces of the production story, like these, that you should examine.

Putting it All Together

Keep these facts in mind as you employ responsible drinking habits.