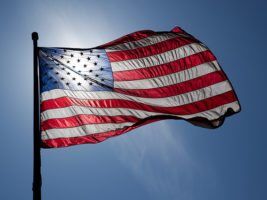 Five Ways The US Is Cutting Down On Their Carbon Footprint

Energy related carbon emissions have declined in the United States by over 13% since 2005, a level not seen since Bill Clinton was in the White House in 1994. Emissions in the US are now at their lowest level in over 50 years mainly thanks to the switch from coal to natural gases in the power sector responsible for around 35% of the drop. Here are five ways the US are actively cutting their carbon footprint.

Outgoing President Barack Obama was recently in Hangzhou for the G20 summit and in that time he met with Chinese President Xi Jinping. Currently, the US and China are the biggest emitters of Greenhouse gases but not for much longer, as the two world leaders have agreed formally to ratify the Paris climate change agreement in what is seen as a significant advancement in the battle against global warming.

The Electronic System for Travel Authorisation is an alternative to the visa for eligible international travellers who wish to visit the United States. Of course a perk of the modern age is that an ESTA application is done online and is therefore completely paperless which is great for reducing the carbon footprint. Once approved, the ESTA entitles the visitor entry into the United States for up to 90 days.

Carbon Is Expensive In The States

The Euopean Parliament voted to keep carbon as cheap as €3 per metric ton in 2013. In comparison it costs €25 per metric ton in the United States, this means it is far more expensive to use it and pollute the air, and the intention of deterring people from using carbon and, in the long-run cut down on the emissions on a global scale.

Globally driven tropical forest conservation efforts have had a positive response throughout the US and has become common ground both across the country and in the interests of local people. It is also helping to shape the way in which environmental scientists and other groups approach crucial environmental issues on a global level.

USA has gone to great lengths to improve their horizontal drilling techniques and in the process have improved their extraction of natural gases and oil from tight shale formations. Furthermore, the price of natural gas has gone from $13 per one million BTU’s (British Thermal Unit) to a low of $2, meaning that natural gases are more affordable for everyone. Within Europe, natural gases remain above $10 while natural gases in the States have displaced coal as the most popular source of energy. In 2012, the US generated over 30%of its electricity from natural gases compared 20% in 2005.