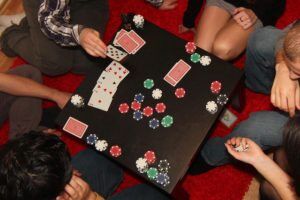 Government Review of Daytime Betting Advertising Called For By CISI

As part of a review into fixed-odds betting terminals and following on from the 2015 YouGov survey into gambling, the government is considering tightening the rules on daytime gambling adverts.

‘The gambling industry’s luck has run out,’ one senior minister has said, according to The Times.

The Times also reported on Gambling Commission findings that those aged 18-24 with a severe gambling problem has trebled in three years, to 1.5%, and that more than a quarter of complaints received by the Advertising Standards Authority last month were related to betting adverts.

Currently gambling firms can advertise on television and social media during breaks in live sporting events during the day – meaning that gambling is being normalised through its constant and casual presence, and that young people are being targeted and encouraged to gamble.

Our findings were based on a CISI YouGov survey of 1,016 young people, and pointed to a worrying normalisation of gambling and a possible breach of the Gambling Commission guidelines, which state that gambling advertisements must not:

Simon Culhane, Chartered FCSI, CISI CEO says, ‘although the news of a government review into daytime betting adverts is welcome, we would also reiterate our recommendation from 2015; as part of existing financial literacy education, children need to be taught more about the risks associated with gambling and the concept of probability.’