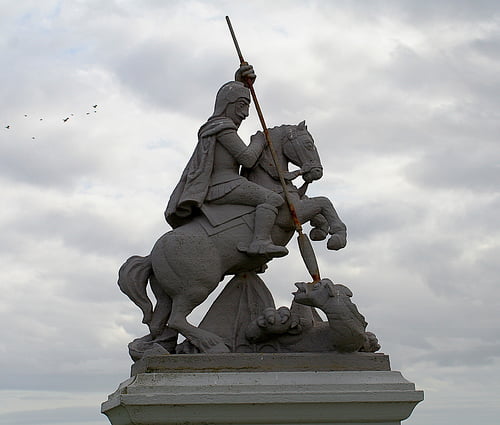 April 23 is St George’s Day – the feast day for England (and Georgia). While it is not celebrated to the extent of Ireland’s equivalent event, today, of all days, we should celebrate all things English (and Georgian).

Two of England’s greatest wordsmiths, Williams Shakespeare and Wordsworth, died on this day in 1616 and 1850 respectively. It’s said that Shakespeare died on his birthday, though this is often disputed.

Not an awful lot is known about St George – and indeed, whether he actually existed. While the dragon he defeated might have been metaphorical, we wrote last year about slaying a new dragon: environmental ennui:

“It is time to slay the dragon of scepticism, build national pride and enthusiasm for an emerging sustainable industrial revolution, embrace cleantech innovation, and reconstruct concern over our small blue and green planet for our generation and the next.

“Our economic woes are fleeting but the state of our environment is forever.”

Read the full article here. And enjoy the rest of St George’s Day.