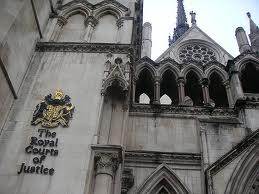 Two High Court judges have rejected a last minute attempt by senior press figures to block a charter that will see the implementation of an independent body on press regulations.

Executives from across the newspaper industry applied to the court on Wednesday morning to stop the royal charter from being put before the privy council on Wednesday afternoon. They said it was “unfair, irrational and unlawful”.

But the judges rejected the appeal for a Judicial Review. Lord Justice Richardson, sitting with Mr Justice Sale, said their basis of legal argument was “at best weak”. The charter received official approval by the Queen later in the afternoon on the recommendation of the pricy council.

The cross-party charter came as a result of the Leveson inquiry, which was set up to look into the ethics of the press after the phone hacking scandal. It was said that communications were intercepted by the now defunct News of the World¸ with victims including former prime minister Gordon Brown, actor Hugh Grant and murdered school girl Millie Dowler.

The High Court’s decision was welcomed by campaign groups. Hacked-Off, which campaigned on behalf of victims said, “We are happy that the Leveson Inquiry’s recommendations can finally be implemented, 11 months after they were made, and that the courts have rejected the efforts of the big newspaper companies to sabotage the process.”

The spokesperson added, “The press should seize the chance to show the public they do not fear being held to decent ethical standards, and that they are proud to be accountable to the people they write for and about.”