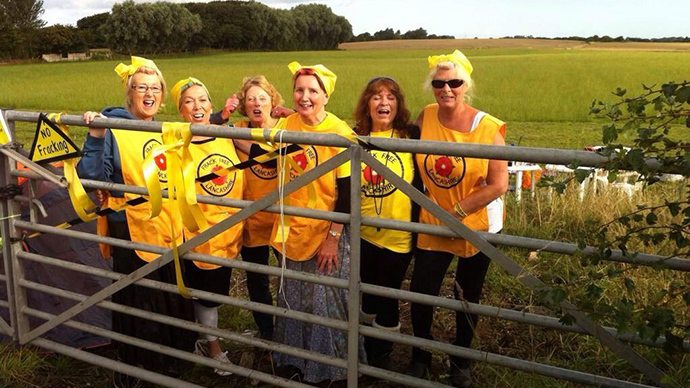 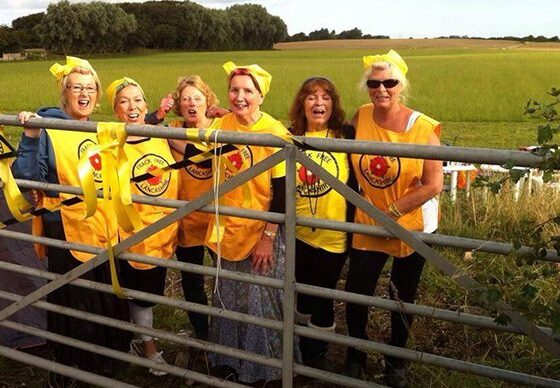 Energy firm Cuadrilla is taking legal action against protestors in Lancashire, with Manchester High Court to hear the case on Thursday August 28.

Cuadrilla, along with 10 local landowners, is serving a “claim for possession against trespassers” to those camping on farmland at Preston New Road near Little Plumpton.

A group of activists have been camping at the site since August 7 in a bid to raise awareness over the negative impacts of fracking.

The site also saw the campaign group No Dash for Gas holding the Reclaim the Power camp, which took place last week where hundreds arrived to voice their concerns over environmental impacts of shale gas extraction in Lancashire.

The activists aim to leave as planned on August 27.

Tina Rothery, one of the protestors involved in the dispute said, “When we occupied the field, we did so in order to highlight a land-use dispute. This is agricultural land in a well-populated area and not suitable for heavy industry on this scale.

“The fact that Cuadrilla is taking us to court the day after we are due to have left is absurd, and can only be because they want to inhibit our right to protest in the future.  To deliver the paperwork just before a bank holiday, thus not allowing sufficient time to arrange a lawyer by the deadline for evidence on Tuesday 27 is a dirty trick.”

Cuadrilla and local farmers are claiming the illegal camp has affected business for the landowners. The company has also asked for injunctions at all other proposed exploration sites.

“As with all the recent so-called ‘direct action’ by protestors, this illegal occupation of farmland, damaging a local farmer’s business and causing stress to his family should not be tolerated,” said Francis Egan, chief executive of Cuadrilla.

“Whilst we accept the right to peaceful protest, this and other recent actions by protestors have been far from peaceful. This is why we are joining with local farmers to start legal proceedings that we hope will prevent this kind of activity in the future.”

Cuadrilla has submitted a planning application to Lancashire County Council for exploration at four sites in the county and the decision is expected to be made in November this year.

The process of fracking, or hydraulic fracturing, involves blasting shale rocks with a mixture of water, sand and chemicals in order to release gas or oil. The UK government is keen to encourage fracking in the country and believe it will ensure energy security while providing many jobs.

However, opponents say not enough is known about the environmental impacts, with fracking linked to earthquakes and water contamination.

Rachel Thompson from No Dash for Gas added, “People in Lancashire and all over the country have clearly shown we will not allow fracking and they now insist on clean, renewable energy.

“This legal action is a last grasp attempt by a dying industry that has failed to gain the required social license and refuses to know when it has been beaten.”