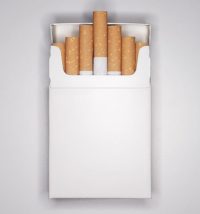 The High Court in London has denied a change in the law over cigarette packets. The tobacco industry’s attempt to change cigarette packets was rejected last week and now it is mandatory that all packaging is plain. Campaigners hope the new packaging will deter people from adopting smoking.

The change will not be immediate. Companies will be allowed to sell off any existing stock before the plain packaging is brought into shops. However, in a few short months major brands will no longer be distinguishable from each other.

Deborah Arnott, Chief Executive of Action on Smoking and Health (ASH) said: “This landmark judgment is a crushing defeat for the tobacco industry and fully justifies the government’s determination to go ahead with the introduction of standardised packaging.

“Millions of pounds have been spent on some of the country’s most expensive lawyers in the hope of blocking the policy. This disgraceful effort to privilege tobacco business interests over public health has rightly failed utterly.”

The new regulation packs will be the same shape, size and colour. The branding will be a standard type face, colour and size, and 65 per cent of the front and back of the packets will be covered by a picture depicting health warnings. Further warnings will be printed as text on the sides.

Sir Harpal Kumar, Chief Executive of Cancer Research UK, said: “It’s the beginning of the end for packaging that masks a deadly and addictive product. It’s taken many years to get to this point and it reflects a huge effort aimed at protecting children from tobacco marketing.

“Two-thirds of regular smokers start before they turn 18, so it is vital that the UK introduced measures like this. Australia’s experience has shown that standard packaging helps reduce youth smoking rates. We look forward to a tobacco-free generation which won’t be scarred by this lethal addiction.”