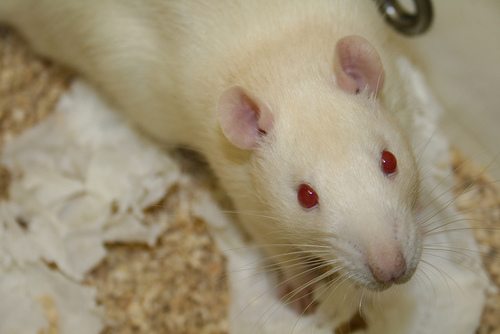 A research project that used mouse stem cells to grow test livers has won an international prize, with those behind it saying the technique can save the lives of up to 50,000 animals which would otherwise be tested on.

Dr Meritxell Huch from Cambridge University’s Gurdon Institute used stem cells from an adult mouse to grow ‘mini livers’, which can be used to test drug compounds without the need of live animals.

She won the 3Rs prize awarded by the National Centre for the Replacement, Refinement and Reduction of Animals in Research (NC3Rs), as her work can help significantly reduce animal usage.

Huch explained that to investigate one drug compound to treat a form of liver disease, researchers would need up to 50 live animals per experiment.

“By using the liver culture system I developed, we can test 1,000 compounds using cells that come from only one mouse, resulting in a significant reduction in animal use”, she said.

“If other laboratories adopt this method then the impact on animal use in the liver research field would be immediate. A vast library of potential drug compounds could be narrowed down to just one or two very quickly and cheaply, which can then be tested further in an animal study.”

The number of animals used in research in the UK has increased by 8% in 2012, while concerns over the treatment of lab animals at Imperial College London were raised in the December last year.

Jan Creamer, chief of the National Anti-Vivisection Society, told Blue & Green Tomorrow, “The future of human medicine must lie with more relevant, and modern, techniques which do not rely on scientifically unreliable and cruel animal tests.

“Alternatives are often quicker, cheaper and more effective and investors who support the development of non-animal methods can make a significant contribution to both human and animal lives.”

However, Dr Katy Taylor, head of science at the British Union for the Abolition of Vivisection (BUAV), added, “The stem cells used to grow the ‘mini-livers’ could only be obtained from dissecting mice whose livers had been artificially damaged. These ‘mini-livers’ were then implanted into live mice to show that they are able to keep growing.

“Therefore, the extent to which animal use will be reduced using this technique is unclear as animals will continue to be used both to produce these ‘mini-livers’ and in research experiments to prove the functionality of these cells or to improve current techniques.”