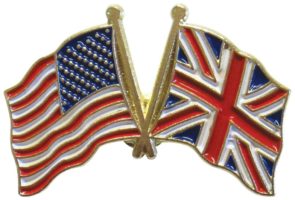 On a recent episode of his Sky Atlantic show Last Week Tonight, the British comedian John Oliver highlighted the dangers posed by lead – a substance which continues to be used in plumbing and paint throughout the US, despite being banned elsewhere. Oliver joked that lead “is almost as much of a scourge in young children’s homes as Frozen merchandise,” before enlisting some of Sesame Street’s most beloved puppets to sing about the problem.

As ever, though, Oliver’s humour highlighted some more serious concerns; domestic exposure to lead could put children in an estimated estimated 2.1 million homes across the US at risk. The damage done by lead poisoning, as outlined in this recent Huffington Post exposé, can cause learning difficulties and behavioural problems in those exposed to it. The contaminated water in Flint, Michigan has also brought the issue back to people’s minds, with criminal charges brought against three government employees in mid-April.

This raises the question – what other substances can be commonly found in the US which are deemed too dangerous by other nations? John Oliver has made the transatlantic trip, and come out unscathed, but for the average citizen, is it more dangerous to live in America than the UK?

The first ban on the use of asbestos was only introduced in the UK in 1985, despite the fact its risks of cancer were known long before that. This may be because the signs of the two diseases caused by asbestos – mesothelioma and asbestosis – take such a long time (between twenty and fifty years) to become evident in sufferers.

The asbestos removal industry has boomed as a result. With a reported 75% of schools containing asbestos and virtually every other building built before 1975, companies like OCS Environmental Solutions and Shield Asbestos have their hands full, carrying out some of the country and Europe’s largest asbestos removal projects and preventing listed buildings from become a health hazard. Americans appear to have been slower to catch on.

Recently, American comedian Quincy Jones announced that he has twelve months to live, following a shock diagnosis of mesothelioma. A Kickstarter campaign (and additional funding from TV network HBO) has successfully allowed the 32-year-old comic to achieve his “dying wish” of a one-hour televised stand-up special. In his recent appearance on the You Made It Weird podcast, Jones also told host Pete Holmes that he and his lawyers are currently “investigating addresses, schools, everywhere [he] pretty much grew up” in order to determine where he may have been exposed to asbestos in the past.

In the United States, even a successful lawsuit against Congress from the Environmental Protection Agency could not put outright ban on the use of asbestos into place. Six categories of products which contain asbestos, including any newly developed uses for the substance, remain legal, and therefore continue to pose a risk to future generations of Americans.

This one should really be a no-brainer – another carcinogenic substance, which has also been linked to developmental issues and heart disease (amongst many other health risks). However, in America, arsenic was used in Roxarsone, an additive to brands of chicken feed given to 70% of the country’s chickens, in order to fatten chickens, and give their meat a more visually appealing colour.

The use of arsenic in feed was only outlawed in 2015, and was swiftly followed this year by new regulation about its inorganic use in the manufacture of rice. These laws were put into place almost simultaneously, on both sides of the Atlantic, particularly around rice products (such as rice milk) which are marketed for children.

One of the most popular fruits available, strawberries are a major priority for many farmers, with over 1.5 million tonnes farmed in the US in 2014. They’re also extremely susceptible to natural risk factors. For years, bromide has been favoured as the fumigant of choice for eliminating all possible pests, diseases and weeds. Unfortunately, such fumigants have also been linked to serious health issues and global warming, as they can turn into volatile gases that have the potential to spread, affecting those in the nearby areas.

Effective alternatives to methyl bromide exist, but finding the replacement has proved challenging for the agricultural industry. The process is being aided by satellite farming (also known as precision agriculture), which uses aerial imagery to create precise land maps for assessing soil content and the risk of pollution.

And yet, while the use of methyl bromide has been banned in the EU since 2010, it continues to be used in the US. According to current legislation, the growth of strawberries falls under a “critical use exemption,” allowing the chemical to continue to be manufactured and sold to farmers. It is due to be phased out of use in 2017, though such promises have been made in previous years and not followed through.