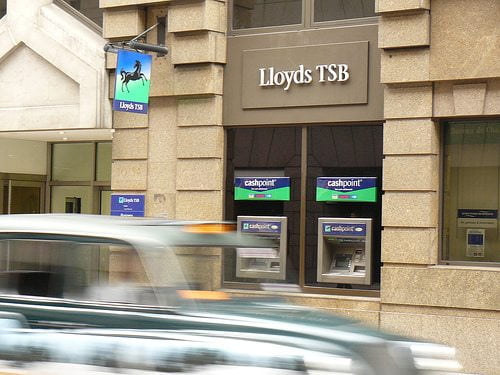 Lloyds Banking Group has issued an apology after a computer glitch prohibited Lloyds, Halifax, Bank of Scotland and TSB customers from using their debit cards.

Millions of customers are believed to have been affected by the incident, which happened between 3pm and 6pm on Sunday, according to Lloyds. The groups says it has now rectified the issues.

Customers were left stranded on petrol station forecourts, in restaurants and at supermarkets, without the means to pay for their products. One TSB customer said they were left in a restaurant and could not pay the bill. It took 50 minutes to find out what the problem was.

According to TSB chief executive Paul Pester, two of seven of the transaction servers were having problems. He took to Twitter to apologise for the incident, and in some cases replied personally to tweets.

“My apologies to TSB customers having problems with their cards. I’m working hard with my team now to try to fix the problems”, he wrote.

TSB said on Monday morning that all the issues had been rectified, although there are delays in handling the backlog of transactions.

“We apologise that earlier today, between 3pm and 6pm, some customers were unable to complete their debit card transactions”, Lloyds Banking Group – which owns the four banks – said in a statement.

“Although the majority of transactions were unaffected, we are very sorry for the inconvenience that this will have caused.”

Prof Alan Woodward, a cyber security specialist at the University of Surrey, told the BBC, “Quiet times like Sundays are when they do things like maintenance, so they’ll do software upgrades or they might be doing back-ups. And it’s those sort of things that tend to go wrong. So I suspect something like that has affected two machines at once”.

In December, a large number of RBS customers were faced with similar problems for several hours after a computer fault. Many have criticised some of the banks, saying that more investment was needed in their back end systems.