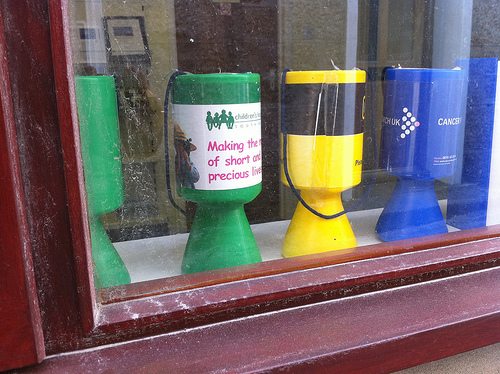 According to a survey carried out by Social Enterprise UK (SEUK), charities are becoming increasingly aware of the benefits of trading with social enterprises.

Speaking to Blue & Green Tomorrow about the increase, she said, “We found a trend that more charities are beginning to establish trade links with social enterprise companies.” The full results of its survey will be released on Tuesday.

Backed by companies such as O2 and Microsoft, SEUK’s purpose is to encourage businesses to have a positive environmental or social impact. Richardson said, “The unifying principle is that they are all businesses with a social purpose.”

She added that it was important that charities engaged with social investment, as opposed to blue chip companies: “We have a long way to go with charities – they have a habit of investing for higher returns to spend on their social mission.

“They invest their reserves in the strongest financial return. We would like them to invest their portfolios in social investment.”

Richardson also stressed the importance of charities seeing their business activities as part of a wider picture, adding, “If you look at your organisation as a whole entity, it is not just what you do with the donations and the grants; it’s what you buy.

“Charities have much more at their disposal than just their grants. They have large investment power. We know that some of them are investing in payday lenders”.

Payday lenders were recently been criticised for irresponsibility and were described as “out of control” by Citizens Advice.

Figures released as part of National Ethical Investment Week (NEIW) 2012 found that 60% of investors in Great Britain agree that a charity has an obligation to hold to account companies that it invests in if they have poor environmental records or inflated executive pay packages for instance.