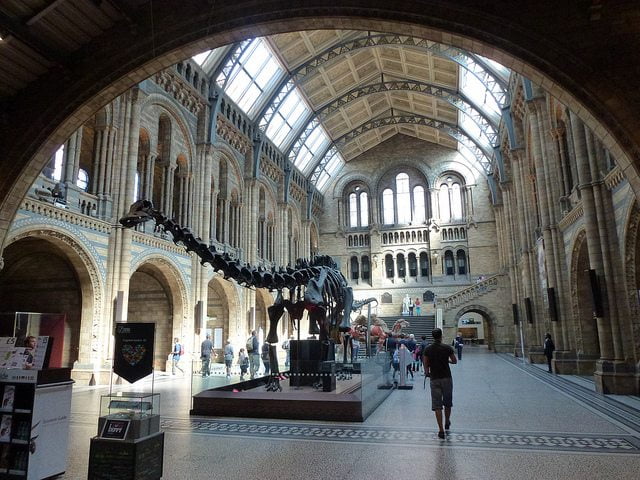 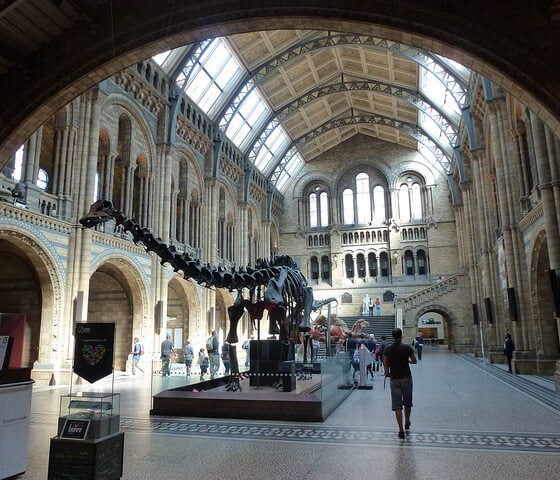 Leading philanthropist and founder of asset management firm CQS Sir Michael Hintze has made an unprecedented £5m donation to the Natural History Museum, to help the iconic institution plug a gap in public funding.

The donation from Hintze, a prominent Tory donor and hedge fund billionaire, and his wife is the largest the museum has received in its 133-year history.

In thanks, the museum’s famous entrance hall, home to a huge replica Diplodocus skeleton, will be renamed Hintze Hall.

“Our gift recognises the museum’s great value as a cultural and scientific institution, enjoyed by millions including ourselves”, Hintze said.

“We feel privileged to be able to make a contribution towards securing this centre of scientific knowledge and research for present and future generations.”

Culture secretary Sajid Javid added, “Sir Michael has a long and most distinguished record of philanthropy, supporting culture and the arts alongside many other good causes.

“This donation, however, is extraordinary not simply in terms of its scale, but also as a truly magnificent example of philanthropic investment. It will have a real and lasting impact on the Natural History Museum.”

The money will be used to fund research and to maintain the museum’s huge collections.

The free-to-enter museum, the third most popular UK visitor attraction in 2013 behind only the British Museum and the National Gallery, is heavily subsidised by the government.

It received more than £45m in public subsidy last year, but like other cultural institutions now faces spending cuts, forcing it to look elsewhere for support.

However, some of Hintze’s previous donations have not been so well received.

Curiously for a donor to one of the world’s most famous scientific institutions, Hintze is also reportedly a supporter of the Global Warming Policy Foundation (GWPF).

Founded by the climate sceptic former chancellor Lord Lawson, the foundation rejects the theory of manmade climate change, despite the overwhelming scientific consensus in favour of it.

The GWPF has so far fought efforts to identify its wealthy supporters, but a 2012 Guardian investigation named Hintze as one of its donors.

Some commentators, including Ros Donald of the Carbon Brief, suggested that the donation was given because of Hintze’s belief in free market ideals and a suspicion of climate regulation.

Referring to the Intergovernmental Panel on Climate Change’s stance on the subject, the Natural History Museum says, “Unless something [is] done immediately… the planet [will] continue to heat up.”