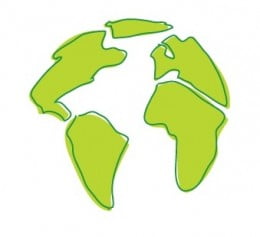 The New Energy & Cleantech Awards 2013 is set to celebrate green energy and clean technology innovators, entrepreneurs and investors in a ceremony at the London Marriott Hotel, Grosvenor Square tonight.

The event, which is now in its sixth year, announced its shortlist in February, and for the first time, will be preceded by the New Energy & Cleantech Conference.

The conference, entitled Fostering relationships between cleantech, clean energy and the financial community, will cover such areas as how to mainstream cleantech, how to commercialise technology and the role of crowdfunding in cleantech finance.

“We’re incredibly proud of the impressive winners alumni that we now have”, said Hunter Ruthven, editor of event presenters GrowthBusiness.co.uk.

“The introduction of the day conference this year promises to produce some insightful dialogue which will provide a great prelude to the evening’s proceedings.

“We think that the three discussion topics we have lined up are covering some of the really important issues that currently exist in the cleantech space.

“Hopefully there will be lots of interaction between the two events – the topics discussed during the day will transfer nicely over to the evening when we’ll be recognising some of the most influential companies and entrepreneurs that UK new energy has to offer.”

Among those up for awards are community finance platforms Abundance Generation and Microgenius, sustainable fund managers WHEB Partners and Julian Patrick, managing director of solar specialists Freewatt – one of the most prolific solar installers in the country.

Three firms featured in Blue & Green Tomorrow’s Guide to Sustainable Banking 2012 – Triodos, Charity Bank and Ecology Building Society – are in the running for Financier of the Year.