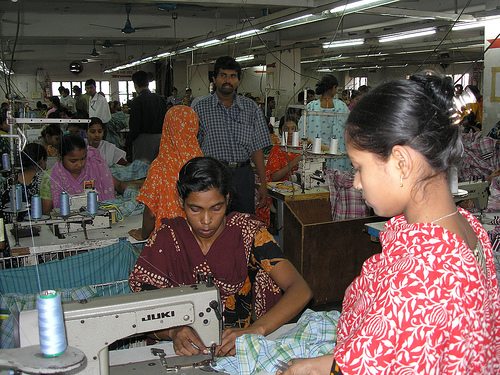 Sedex, the membership organisation for transparent supply chains, has released the findings from a new study that looked into the risks and solutions behind forced labour and human trafficking – also referred to as ‘modern slavery’.

Partnering with NGO Verité, the organisation said that many workers – especially immigrants – are at risk, particularly in countries in Asia and Africa.

The majority of victims –around 21 million people in total – are women and migrants. Sedex says they contribute to the production of at least 122 goods from 58 countries worldwide.

“We hope this new guidance helps more global businesses to play their part in contributing to the eradication of modern day slavery within their supply chains through commitment, transparency and collaboration”.

The report said that exploitation was often difficult to detect, as it might occur at different levels and workers might be fearful of speaking out against their abusers.

Dan Viederman, CEO of Verité, added, “Let us not ignore the continuing and largely hidden tragedy faced by millions of workers who are forced to work in appalling conditions: because they owe money to their recruiter; because their passports have been confiscated by their employers; or because their visa ties them to their job. Despite their severity these are solvable problems.”

The research highlights a series of suggestions for brands and suppliers in order to solve these issues. These include scanning labour providers, setting corporate policies to increasingly monitor supply chain and holding suppliers accountable for controlling over exploitation episodes.