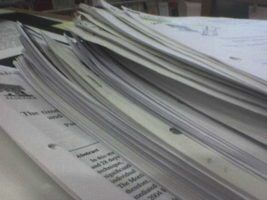 The new Institute of Business Ethics (IBE) report claims companies must work out their values in order to communicate with the society which gives them their licence to operate.

The report (Stakeholder engagement: values, businesses culture and society) contains a series of case studies detailing how companies such as TalkTalk, Unilever, BAE Systems and L’Oreal have brought ethical values to bear in dealing with stakeholders, as well as an interview with Frances O’Grady, TUC General Secretary.

It is vital for companies to relate properly to the society from which they derive their licence to operate, the report says. A considered approach to engagement with a range of external stakeholders is therefore a core task for boards and management, but there is no point in embarking on such a course unless the company is clear in the first place what its values and purpose are. If this is not the case the message will be confused. External engagement should always be driven by the values.

Among its other conclusions the report says:

It is important for companies to engage with a wide range of stakeholders. The report ranges through a number of these including employees, customers, regulators and NGOs, as well as shareholders. The task is slightly different with shareholders who elect the board and to whom it is directly accountable. Boards have to be involved in shareholder engagement, whereas their role in other forms of engagement is more about overseeing what the management does.

Where shareholders are concerned there is an important challenge in improving the quality of dialogue and broadening the agenda. Both sides probably have to make efforts to overcome obstacles to do this and there may be a need to recalibrate corporate disclosure to make it more relevant. For example, shareholders need more information on staff turnover and possibly a simpler approach to remuneration which would require less disclosure and make it easier to control.

The attitude to customers is critical to culture and therefore to a sustainable business, but evidence shows that an engaged workforce is usually associated with a strong commitment to customer value.

Social media is an opportunity as well as a risk. Companies need to have a clearly defined approach.

In all cases companies should regard engagement as being about listening rather than simply communicating their own views. Lobbying is most effective when it involves working out the interests of stakeholders and working with them to mutual advantage rather than trying to push the company’s narrow self interest.

In her interview, Frances O’Grady points to the disparity between the long term commitment of employees to their company and the short term tenure of most chief executives. This is exacerbated by the increasing level of overseas investment in UK shares which means owners of companies can appear remote. “Employees need to be given a voice,” she says.

Philippa Foster Back CBE, IBE’s Director, commented, “we are very pleased to have supported the FRC Culture Coalition project. This report raises very important issues about the role of companies and the relationship of business to society.”

In the current climate of uncertainty, there is more need than ever to get this right.

Stakeholder Engagement: values, business culture and society complements other work stream outputs covering people, measuring and assurance and the role of the board and forms part of the FRC’s Report of Observations, to be published 20th July.

David Styles, Director of Corporate Governance at the FRC said, “company directors have responsibilities not only to shareholders, but to customers, suppliers and wider society. Building trust with these stakeholders also supports the creation of value in the long-term and success of business. The work IBE has contributed to this project is important at a time when there is much debate about the role of business in society. “