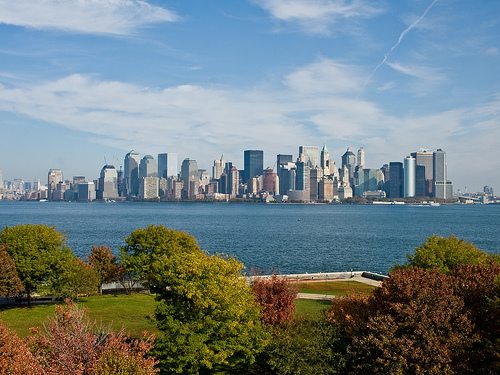 London has retained its title as the most important global city for the ultra-wealthy in 2014, but New York is expected to overtake it within the next decade, according to the Wealth Report from estate agent Knight Frank.

Its survey ranks each city on four factors – economic activity, quality of life, knowledge and influence and political power – as well as taking into account the number of ultra-wealthy individuals who call each city home.

Singapore and Hong Kong will also remain in the top five most important cities for the next decade, Knight Frank predicts, but Geneva will be replaced by Shanghai. The forecasts for 2024 highlight the growing importance of the Asian market.

“It is further down our leader board that the real city wars are being waged. The main battleground is Asia, where a handful of locations are slugging it out in the hope of establishing a clear lead as the region’s alpha urban hub.”

The five fastest growing city hotspots this year – Sao Paulo, Istanbul, Abu Dhabi, Mumbai and Sydney – continue to suggest that emerging market growth will continue to out pace developed markets. Locations that were hit the hardest by the economic downturn, such as Dubai, Dublin and Madrid, are also showing signs of a strong recovery, according to the report.

Knight Frank also examined wealth creation across the world and found despite economic turbulence, the number of ultra-wealthy increased by 3% last year. The number of people who are defined at ultra-high net-worth individuals, those with assts of more than $30m (£17.9m), is expected to grow by nearly 30% over the next decade, whilst the number of billionaires is predicted to rise by 38%.

Whilst Europe will remain home to most of these people, there will be significant growth in Africa. The number of people with classed as having an ultra-high net-worth in the region will climb by 53% by 2023, underpinned by a 92% rise in Nigeria and a 74% rise in Kenya.

The figures are in line with a report published last year that found between 2009 and 2013, billionaires’ collective fortunes doubled worldwide despite global austerity. The 2013 Credit Suisse Wealth Report also found that global wealth reached an ‘all-time high’ of $241 trillion (£144tn) in 2013.

The distribution of wealth, demonstrated in these reports, raises questions about the wealth gap and the impact it has on society.