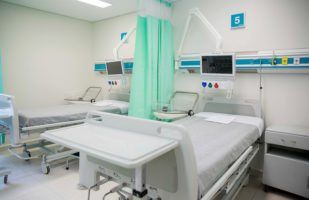 NHS Could Save £26.4 Million A Year With CHP

A report called Securing Healthy Returns, which analyses the financial value of key sustainability measures in the NHS, has declared that combined heat and power (CHP) provides the biggest energy saving opportunity. This can amount to £26.4 million per year which is enough to fund the salaries of more than 1,200 newly qualified registered nurses.

The report, published by the Sustainable Development Unit (SDU) for NHS England and Public Health England, analyses 35 proven measures that it says could achieve a total £400m of cost savings and reduce carbon emissions by 1 million tonnes every year by 2020. These interventions were selected because they are supported by robust data and evidence to enable analysis and scaling.

The SDU states that CHP also has the potential to cut carbon dioxide emissions by 3,750 tonnes per year, which equates to the environmental benefit of removing 1,250 cars from the road or the carbon dioxide that would be offset by a 3,550 acres of forest (more than three times the size of Sherwood Forest). Many NHS Trusts are already achieving significant cost and carbon savings by utilising CHP, which is highly efficient because it captures the heat wasted in conventional power generation and uses it on-site for heating and cooling.

One of the early adopters was the Heart of England NHS Foundation Trust, which partnered with CHP specialist ENER-G to introduce the technology to its Birmingham Heartlands Hospital and Solihull Hospital.

The trust’s transition to low carbon heat and power, together with the wider refurbishment of its electricity, heating and cooling infrastructure, is achieving significant energy and operational cost savings – guaranteed by ENER-G, which funded the capital programme over a 15-year contract period. East Cheshire NHS Trust is also demonstrating the cost and carbon saving potential of CHP, which is at the heart of a recent upgrade of its energy infrastructure across two hospitals. Utilising the the Carbon and Energy Fund framework, the Trust has partnered with ENER-G to deliver CHP and associated energy efficiency improvements, which will generate guaranteed cost savings of £2.5 million over 15 years.

Chris Marsland, Technical Director for ENER-G Cogen International, said: “Due to the 24/7 heat demand of acute hospitals, CHP can operate at efficiencies in excess of 85% – more than double that of other coal and gas fired generation sources the Department of Energy and Climate Change’s half-hourly modelling shows that it displaces. As such, the cost and carbon savings really stack up and more hospitals should specify CHP to provide assured cost and carbon savings long into the next decade and beyond.”

The SDU has released an online tool in tandem with the report to assist trust’s in implementing sustainability improvements. Since 2007, SDU has supported NHS organisations to save in excess of £190m each year on energy, waste, water and fuel fuel.

ENER-G is a European market leader in small scale CHP and has completed more than 50 CHP-led integrated energy management projects across the healthcare sector. It is an approved supplier to the NHS Shared Business Services Carbon and Energy Fund.