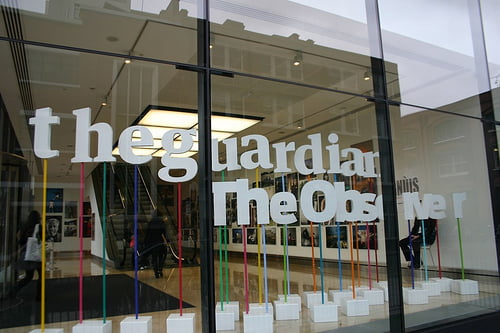 Observer Ethical Awards on the lookout for green heroes

The Observer Ethical Awards has launched its 2013 edition, looking for virtuous individuals or organisations that have excelled in the sustainability space over the past 12 months.

The event, sponsored by Ecover, a leader in ecological cleaning products that featured in Blue & Green Tomorrow’s Guide to Ethical Shopping 2012, wants to reward those who have taken great strides in green and ethical innovation.

Prizes will be handed out to retailers, campaigners, unsung local heroes, sustainable tourism enterprises and young green champions, as well as those with creative green ideas in the arts, business and fashion.

The Observer says, “The annual awards are the only ones hosted by a national newspaper which focus on both environmental change and social justice, highlighting those that are doing incredible things – big or small – to make it easier for us all to act and live in a sustainable way.

“They shine a light on corporations acting responsibly, groundbreaking ideas that change the mould, community projects that engage people with issues and online initiatives which demonstrate that ethical living is accessible to everyday people.”

Individuals and organisations will be nominated (and can put themselves forward for nomination) between now and March 22, after which they will be examined by a judging panel that includes the likes of TV presenter Ben Fogle, Guardian writer Damian Carrington and Dragon’s Den star Deborah Meaden.

To enter the awards, see here.