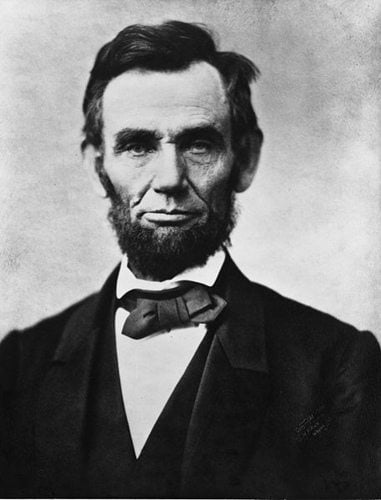 On this day 150 years ago, US president Abraham Lincoln made his now-famous Gettysburg Address, in which he announced that the American civil war would bring true equality.

Despite the exact wording of the speech being unknown, the sentiment and conviction remains the same in all accounts. Lincoln put the civil war into perspective and emphasised that it was important to continue with the war, despite hardships, in order to create equality for all.

His speech began, “Four score and seven years ago our fathers bought forth on this continent a new nation, conceived on liberty, and dedicated to the proposition that all men are created equal.”

The battle of Gettysburg involved the largest number of casualties in the American civil war. The war had its origins in the issue of slavery after several southern slave states declared their secession and formed the Confederacy. The outcome of the war led to slavery being abolished.

Lincoln’s address at the battlefield of Gettysburg said that those who had given their lives had done so for a powerful and important cause and had done what was right despite adversity and danger. He called on those present to dedicate themselves to the “great task remaining” and the “unfinished work” the dead had died to advance.

Lincoln said, “It is rather for us to be here dedicated to the great task remaining before us – that from these honoured dead we take increased devotion to the cause for which they gave the last full measure of devotion – that we are highly resolved that these dead shall not have died in vain.”

Whilst the slave trade has long been abolished, the concept of standing up for what is right remains, whether it be for human rights throughout the world or for a more environmentally friendly economy.

Creating a more sustainable society where we live within our means, don’t deplete the Earth’s natural resources and leave a better planet for future generations is a difficult but achievable goal.

One hundred and fifty years since the Gettysburg Address, we can use Lincoln’s inspiration and iconic speech as motivation for doing just that.

Ethical, responsible, sustainable: what should be call enlightened investment?

The dark triad within unethical, unsustainable, and irresponsible investment