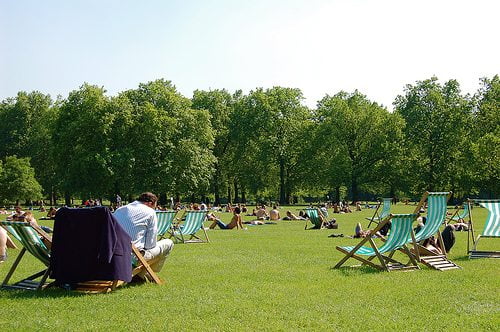 Ten years ago today, the 17,000 residents of Faversham in Kent experienced the UK’s hottest ever temperatures: a whopping 38.5C (101.3F). The day before, the villagers of Greycrook in Scotland basked under 32.9C (95.4). 2003 was the hottest summer for at least 500 years across Europe, leading to fires and at least 30 deaths.

One hundred thousand people packed the sands of Bournemouth; beach resorts across the UK reported ‘no vacancies’; speed restrictions were imposed on trains every noon to prevent buckled rails and a vast quantity of ice cream was consumed.

Commenting on the heatwave, the chief weather forecaster for the Met Office, Nigel Reed, said, “In the years to come, as the Earth’s atmosphere does heat up through global warming, we would expect to see these hot weather events happening with greater frequency.”

As this chart shows, 2003 may have packed a punch for a single day’s temperature, but it was in 2006 that we saw the highest mean annual temperature across the UK. 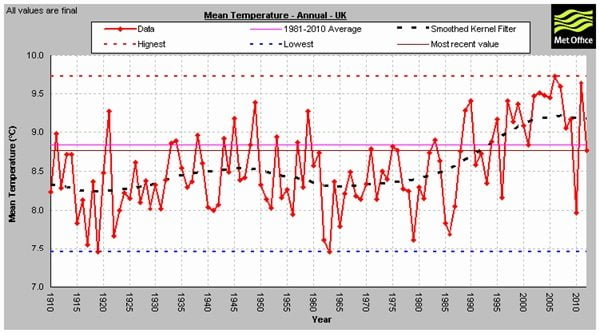 What’s striking about that chart is the gradual rise in average temperatures from the mid-60s (the black dashed line). This might be good for holidaymakers and the UK tourism industry as a whole but is a significant challenge for the agriculture sector and our water utilities, who have to contend with rising demand and falling reservoirs in the summer months. While rainfall has increased, water bosses are quick to point out that the rain often falls “in the wrong place”. 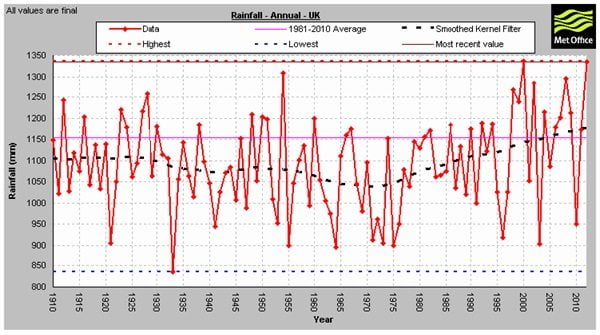 While weather extremes and record-breakers might grab headlines, the long-term trends are not encouraging.

The weather is short-term and local, our climate is long-term and global

While many climate change deniers argue that the planet hasn’t warmed since 1998, the planet has continued to accumulate heat at a terrifying rate, as this chart from Skeptical Science illustrates. 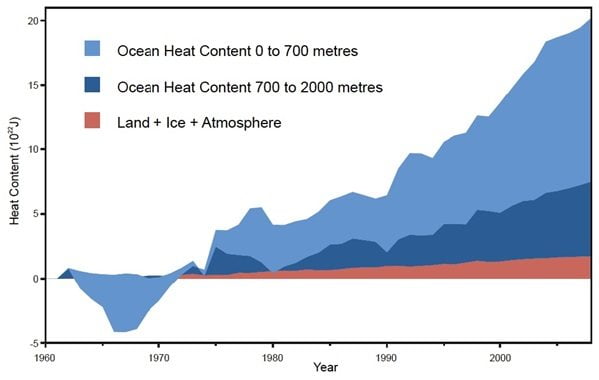 While 2003 might have had record-breaking days in UK temperatures, the lack of leadership and action on climate change globally and mitigation nationally is as predictable as it is depressing. As Jeremy Leggett pointed out, we will shortly cross the tipping point, where negative feedback loops kick-in and change becomes irreversible, a catastrophic 2C increase is locked in, harming the global economy, the environment and everyone’s future and wellbeing.

Enjoying the warm breeze on a pristine beach is wonderful. If the cause is our fossil fuel recklessness and the cost is more extreme weather, economic instability and a degraded planet, maybe we shouldn’t glorify these record-breakers too much.