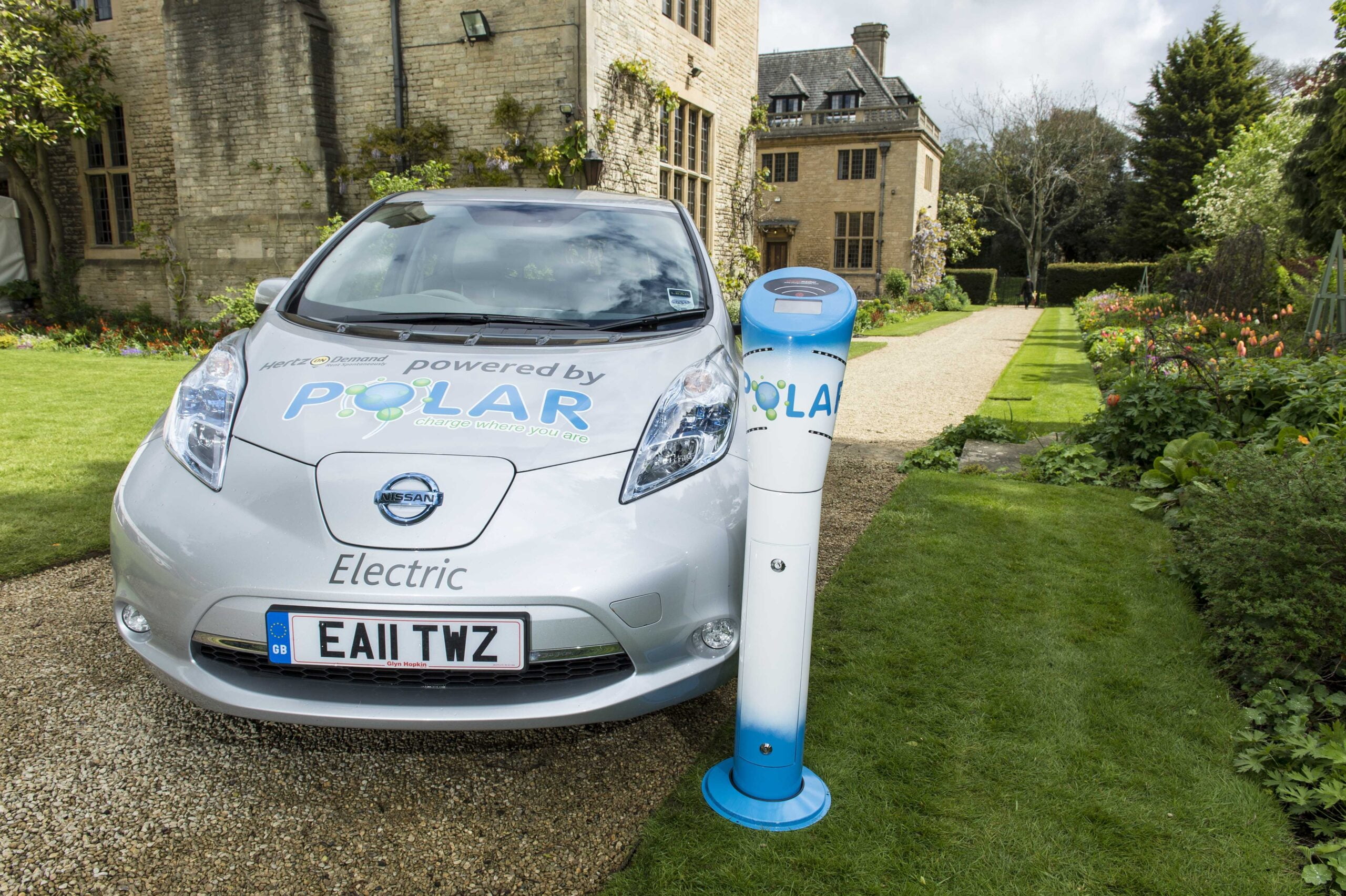 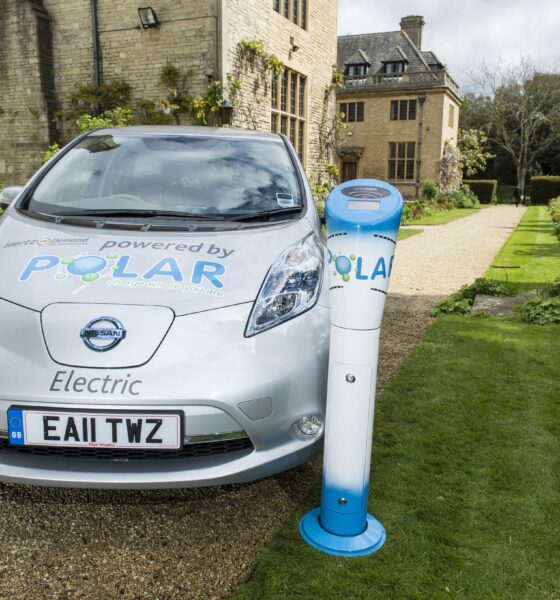 A network of 64 electric vehicle (EV) charging points was switched on yesterday in Oxford by Chargemaster, meaning the city now plays host to one of the highest densities of EV charging points in Europe.

The unveiling by Chargemaster, the European leader in EV charging infrastructure, was witnessed by transport minister Norman Baker, and forms part of the company’s POLAR network of charging points.

The POLAR scheme gives members the opportunity to charge their vehicle at any of the units in a particular city. A membership fee is required to access the scheme, whilst the cost per charge is 90p, which will last around 100 miles—small change compared to the comparative cost of conventional fuel.

The opening of the Oxford POLAR scheme makes the city the European leader in terms of charging points per capita, according to Chargemaster figures, with 2,391 people per unit. 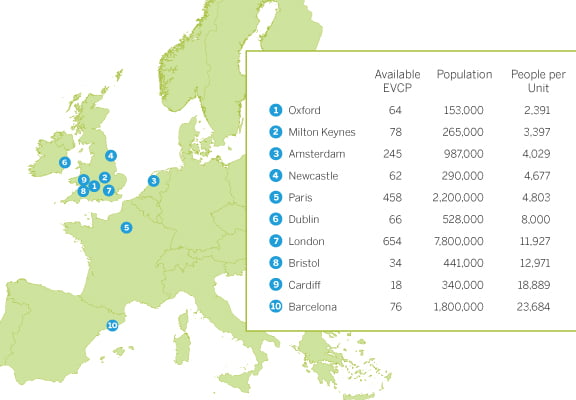 The above chart makes for very positive reading for the UK, with only three of the top ten cities located in continental Europe – Barcelona, Amsterdam and Paris. The rest are found in England, Wales and Ireland.

London appears in the top ten, and has the highest total number of charging points (654) but only the seventh highest density (11,927). In February, Blue & Green Tomorrow wrote how two rather unlikely locations – Sunderland and Estonia – could be role models for the English capital’s EV hopes.

Recently re-elected London Mayor Boris Johnson wants the number of charging points in the Big Smoke to increase nearly 40 times over to a total of 25,000—and that’s just by 2015.

The fact that Oxford, Milton Keynes and Newcastle are placed higher than London in Chargemaster’s table may kick the City, and Johnson,  into action.

EVs, and indeed, sustainable transport more generally, make up a small part of our sustainable future.

It is important to remember that EVs are only as clean as the electricity they consume. And because much of the UK’s energy mix comes from fossil fuels, renewable sources must be supported in tandem with electric vehicles.

Therefore, continued investment by individuals, communities, businesses and the Goverment into sustainable and renewable technologies is vital. Take a look at our recent Guide to Sustainable Investment to get up to speed in this fast-growing sector.

Revenge of the Electric Car