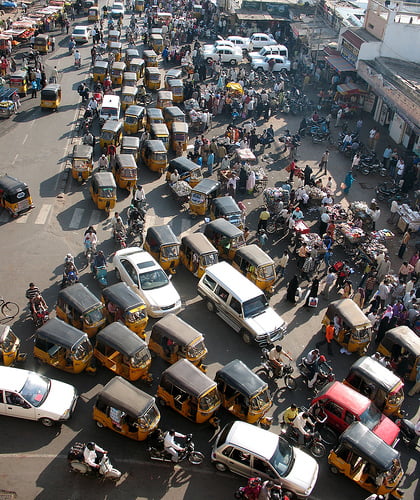 The commitment was made at the UN secretary-general Ban Ki-moon’s closing press conference at the Rio+20 talks last week, and is one of the biggest financial deals to have emerged from the summit.

“These sustainable transport improvements will benefit billions of people, especially the poor, and support environmental sustainability and reduce greenhouse gas emissions”, said Bindu Lohani, vice president for knowledge management and sustainable development at the Asian Development Bank, one of the institutions involved.

The World Bank and the Latin American and African development banks are also involved in the pledge, which spans a ten-year period.

Joan Clos, executive director of UN-Habitat, said, “These unprecedented commitments have the promise to save hundreds of thousands of lives by cleaning the air and making roads safer; cutting congestion in hundreds of cities and reducing the contribution of transportation to harmful climate change.”

It’s estimated that between 5-10% of global GDP is squandered through these problems every year. And given the rapid population growth being witnessed in certain parts of Asia and Africa, investing heavily in sustainable modes of transport is seen as essential. India alone is expected to add 500m people to its total in the next 20 years.

“Never before have these institutions collaborated on such a global scale”, said Cornie Huizenga, joint convener of the SLoCaT Partnership.

Whilst the $175 billion pledge is thoroughly welcome, the scale of investment needs to be even greater. The eight development banks estimate that certain countries in Asia will require over $2.5 trillion between now and 2020 to advance transport to a suitable level.

Read Blue & Green Tomorrow’s Guide to Sustainable Investment to find out more about the many ways in which you can make your money make a difference.