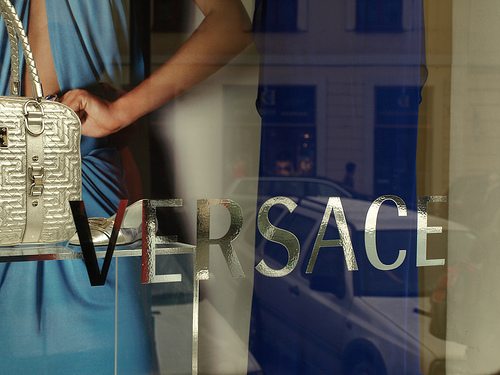 Hazardous chemicals have been found in children’s clothes manufactured by high-profile luxury brands such as Versace, Louis Vuitton and Dolce & Gabbana, an investigation by Greenpeace has revealed.

The environmental campaign group has made the claims ahead of Milan Fashion Week, which takes place February 18-23. Its investigation looked for traces of hazardous chemicals such as nonylphenol ethoxylates (NPEs), phthalates, per and polyfluorinated chemicals (PFCs) and antimony.

Of the 27 products analysed, 16 were found to contamin the chemicals, which have hormone-disrupting properties.

The Greenpeace investigation revealed that chemicals were present in children’s clothes made by all but one brand. These included Versace, Luis Vuitton and Dolce & Gabbana – all of which are revered in the fashion world.

Chiara Campione, fashion duel project leader with Greenpeace Italy, said, “Luxury brands thrive on the exclusivity and quality of their products. This report shows they are deceiving their customers with toxic lies. This also goes beyond luxury fashion – hazardous chemicals affect everyone. These brands need to detox their supply chains and realise that people can see through their grand illusion.”

Greenpeace’s detox campaign is aimed at clothes manufacturers, and encourages them to phase out their use of harmful chemicals.

This latest revelation follows a similar investigation that found hazardous chemicals in children’s clothes made in China, including those produced by high street brands like Gap, Primark and Disney.

In the light of Greenpeace findings, Primark and Burberry announced they will ‘detox’ from potentially toxic chemicals by 2020.

Campione added, “It’s time these luxury brands lived up to their reputation as fashion trendsetters, and started leading the toxic-free fashion revolution.

“By committing to detox their supply chains, brands like Valentino and Burberry have shown that beautiful fashion doesn’t have to cost the Earth. What are toxic addicts like Versace, Louis Vuitton, Dior or Dolce & Gabbana waiting for?”