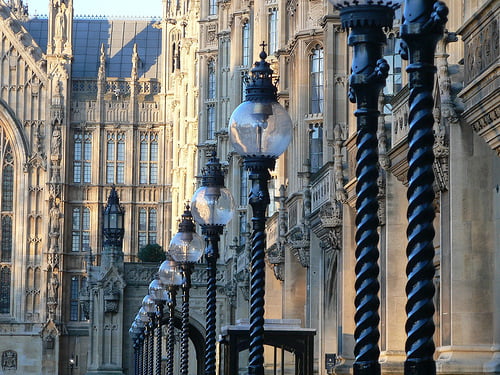 Climate Week 2013 was launched at an event at the House of Commons yesterday, where 14 companies, projects and individuals were given awards for their work to tackle climate change in the past year.

Among the winners was Chasing Ice – a documentary film that follows photographer James Balog’s journey to capture glacial retreat on camera – which won Best Artistic Response.

Balog spoke to Blue & Green Tomorrow in December, shortly before the film was released in UK cinemas. He said, “I think [the film is] the strongest evidence [for climate change] that anybody’s put forth in a format that a layperson can understand.”

As well as being visually beautiful – yet devastating to watch at times – it has also seemingly had a significant impact on viewers.

Last year, an American woman, who said she watched Fox News anchor and staunch climate change denier Bill O’Reilly’s show every day, claimed the film had not only turned her opinion on climate change on its head, but it had also “changed [her] life”.

Other winners included Size of Wales (Best Campaign) – a project recently in the news after it announced it had raised enough money to protect an area of rainforest the size of Wales – and Loowatt (Best New Product) – a waterless toilet system that uses anaerobic digestion to convert human waste into biogas and fertiliser.

Energy and climate change minister Greg Barker and parliamentary under-secretary at the Department for Environment, Food and Rural Affairs (Defra) Lord de Mauley were among those speaking at the launch.

De Mauley said that the UK could become a world leader in climate change adaptation and mitigation, while Barker outlined that education and climate change go hand-in-hand.

For a full list of winners at the Climate Week Awards, see here. There are also lots of events all over the country taking place between now and Sunday. Find one near you.