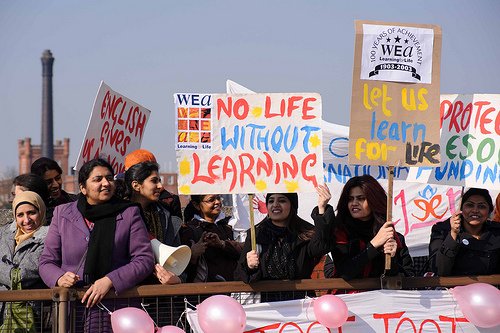 Irina Bokova, director-general of the United Nations Educational, Scientific and Cultural Organisation (UNESCO), has called for a celebration of women’s rights and achievements as part of International Women’s Day 2013.

But Bokova also commented on how the story of Malala Yousafzai – the Pakistani girl shot for her efforts in trying to get an education – was evidence that many women across the world still face violence every day.

“This is also a day to cast an objective eye on where we stand and reflect on the obstacles that remain”, she said.

“Violence against women is one of the most deadly and widespread violations of women’s rights across the world. Violence takes many shapes: physical, sexual, psychological and economic – but the result remains the same devastating violation of fundamental rights and human dignity.

“There are concerted efforts at all levels to stop this violence, but progress is haltingly slow.”

Speaking about Malala’s episode, Bokova added, “UNESCO is working with governments across the world to support the right of  girls and women  to quality education under conditions of safety. This is essential not only for social justice but also for sustainable development.”

She said that the organisation was putting all its efforts into ending painful and dangerous practices such as genital mutilation, which affects thousands of young girls in Africa, and ensuring respect for human rights, which a recent report by Ecclesiastical Investment Management found was critically lacking in nearly half of the world’s countries.

However, sexual offences and assault in developed countries are also an increasingly worrying phenomenon, such as in Sweden, the US and the UK, where one in five women have been victim of such offences – some of the highest rate of levels anywhere in the world.