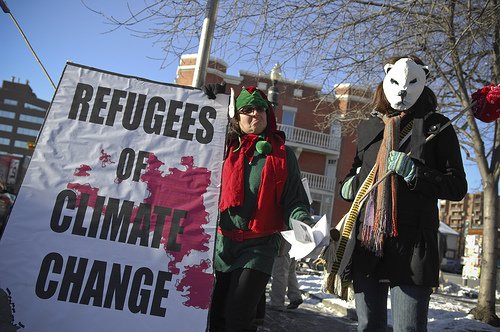 An online poll has found that while the majority of people agree that the climate is changing, the US and UK are the most sceptical about its causes.

The survey of just under 13,500 people from 13 different countries showed that a clear majority (88%) believe that there had been significant change in the climate over the past two decades.

More severe natural disasters and increasingly extreme weather led is said to have led to the high acceptance rate – which ranged from 98% in Mexico and Hong Kong, to 72% in the US.

But when asked whether human activity was the chief driver behind such change, answers were mixed.

Many countries – Hong Kong (94%), Indonesia (93%) and Mexico (92%) – still showed an overwhelmingly acceptant response rate. But in the US and the UK, only 58% and 65% respectively thought that humans were mostly responsible for climate change.

The survey was conducted by polling company Ipsos for insurance firm Axa between July 5 and August 6. People from Belgium, France, Germany, Italy, Japan, Spain, Switzerland and Turkey were also surveyed.

Changing your mind about climate