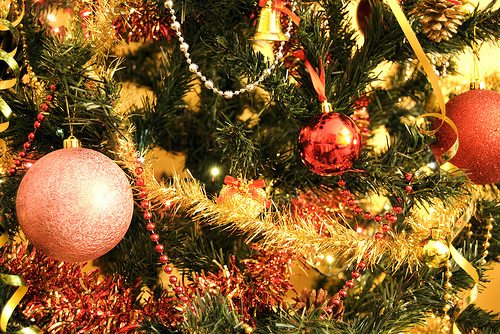 Why hundreds of thousands are set for a gloomy Christmas

As the UK prepares to be battered by storms, flash floods, high winds and heavy rainfall, thousands are set to to face a challenge this Christmas that no amount of festive magic can fix. Nicky Stubbs discusses the issue of food poverty.

Christmas is generally a time for sharing, giving and spending time with those who mean the most to us. Most will likely consume more than is probably good for them and then spend the afternoon of December 25 lethargically lounged on the sofa watching trashy television with their families. But for some, this Christmas will be very different.

Despite noise from the government that the economic plan is working, more and more people this festive period are faced with the prospect of having to rely on food banks to feed their families. The economy may well be recovering, but the most defining characteristic of this recovery is that it is not filtering through the ranks of society. It is a lopsided recovery.

According to the Trussell Trust, a Christian food poverty charity that supports more than 400 food banks up and down the UK, the number of people turning to its services in 2012 rocketed past 120,000. This year, the estimated figure is well in excess of 500,000. These numbers are alarming when put next to the 3,000 accessing similar services back in 2006. This does not take into account families being supported by countless other independent food banks.

Many blame the need for food banks on the welfare reforms as part of the government’s wider austerity programme, with the so-called “bedroom tax” and universal benefits system being two of the main perpetrators.

The man in government who is responsible for these policies is the Conservative cabinet minister Iain Duncan Smith, the work and pensions secretary. He has been in the firing line this week over his apparent ignorance to these issues, having been accused by his opposite number, Labour’s Rachel Reeves, of “burying his head in the sand” at a debate on food poverty in the House of Commons last week. He didn’t help himself, turning down the opportunity to meet with chairman of the Trussell Trust, Chris Moulds, to discuss the matter, and instead accusing them of “scaremongering”.

The fact that Duncan Smith can use such a phrase to describe the actions of a charity which is attempting to help families – 50% of which are working families – is particularly worrying. A smirking Duncan Smith featured on the front page of the Daily Mirror after exiting the house midway through the debate. But some Conservative ministers at the debate criticised the state for failing in its quest to provide a stable safety net for those finding themselves in difficult circumstances.

One Tory MP, Steve Baker, said, “The quality and quantity of welfare produced by the state has not been good enough for a very long time. It is a scandalous indictment of the safety net that is the welfare state that this happens.”

The safety net is slowly being picked apart by the coalition, and its justification for such measures is, as work and pensions minister Esther McVey said, austerity.

“In the UK, it is right to say that more people are visiting food banks, as we would expect”, she said.

“Times are tough and we all have to pay back the £1.5 trillion of personal debt.”

The fact is that any government will have to make extremely tough decisions in order to pay down the national deficit. But for a government to ignore the needs of the most vulnerable in society is a national shame. To pass the efforts of those advocating on behalf of the most vulnerable as “scaremongering” whilst turning a blind eye to the issue at hand is a disgrace on the principle values of humanity – it is at least degrading.

Despite a decline in church congregation numbers in recent years, it is clear that churches and other religious groups are still working as hard as ever to feed the hungriest and poorest. Whether you’re a churchgoer or a non-believer, you should remember that whilst our politicians – the ones who are paid to stand up for society – are embezzled in a battle over policy, these admirable community-based, mission-driven groups are the ones picking up the pieces.