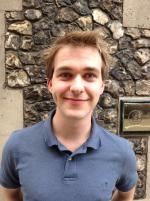 Sam Bowman answers 20 questions on life, sustainability and everything.

I’ve never really thought about it. Personally I guess my mission is to do lots of interesting things and have lots of memorable experiences with people I like. Professionally it’s probably to help make free market libertarianism a more intellectually robust and popular idea (and hopefully to get rich in the process).

I asked them and they just laughed at me.

I am still yet to have one. I don’t really understand the idea of sustainability – if it is for us to be able to keep doing something the same way forever I don’t see that as being very important, since it’s likely that we won’t keep doing many things the way we do them now in the future.

People who come up with original ideas, and people who hold truly unpopular opinions despite social intolerance.

Most of my joys in life come from eating delicious food with friends, so I’d probably like to have something like a 100-course tasting menu at Noma in Copenhagen with some buddies.

A basketball court and a little green area with a rose bush and a “Caution Thorns” sign in front of it. In the distance is Battersea Power Station, one of my favourite buildings.

Belgium (only Flanders, and not Brussels). The beer, towns and people are all very pleasant. I also like going to America quite a lot.

I would give the Bank of England a new mandate to target the level of Nominal GDP along a 5% growth path. After that I’d open the borders fully to immigration and abolish the entire planning system.

Miranda Kerr because she’s quite cute.

Probably something involving making money. Most people make money before they become tedious ideologues, but I’m doing things the other way round (hopefully).

I don’t have many significant regrets, but I suppose I wish I’d gone to a music festival while I was a student.

I would not encourage readers to make their lives more sustainable. In my experience life is more interesting and enjoyable if it is treated as a fairly short, frivolous thing, so if anything I would encourage people to be less risk-averse and less mindful of the long term.

The idea of complexity. Jonah Lehrer describes Popper’s idea of complexity in a nice way: “Karl Popper, the great philosopher of science, once divided the world into two categories: clocks and clouds. Clocks are neat, orderly systems that can be solved through reduction; clouds are an epistemic mess, highly irregular, disorderly, and more or less unpredictable. The mistake of modern science is to pretend that everything is a clock, which is why we get seduced again and again by the false promises of brain scanners and gene sequencers. We want to believe we will understand nature if we find the exact right tool to cut its joints. But that approach is doomed to failure. We live in a universe not of clocks but of clouds.”

I think that applies to society and the economy, as well as nature.

“Candy is dandy but liquor is quicker.”