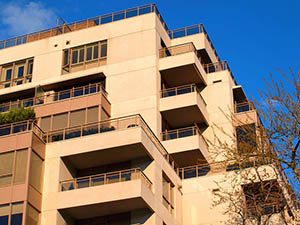 Is It a Good Time to Buy a Condo in Montreal?

Outsiders have long been drawn into the old-world charm and sophistication of Montreal. As the biggest city in Quebec, Montreal has one of the most culturally diverse populations in the country. It’s also been recognized by UNESCO as a City of Design with its mix of art, history and culture. But unlike other cities such as Vancouver and Toronto, the prices of real estate have remained stable for quite some time now. But what does this mean exactly for buyers?

Is it a wise move to invest in Montreal condos? Or is it a risky proposition?

The property market in Montreal is showing signs that it is poised for growth. In fact, a lot of foreign buyers have expressed their desire to invest in the city’s real estate particularly those from Asia, Europe and the United States. According to the Canada Mortgage and Housing Corporation, there will be a rise of 8.4% in real estate prices in 2016.

In 2014, developers were able to build a total of 7,886 condo units in the downtown area, many of which are targeting high end buyers. Newer developments are currently in progress in the waterfront area as well as in downtown Montreal.

One of the reasons why Montreal (and other cities in the country) has attracted a lot of foreign buyers is that the Canadian dollar has weakened, and has now dropped much more against the US dollar compared to the Euro and British pound. This has enticed many American buyers to snap up condominium units in Canada, especially in Montreal where the prices have remained flat.

Although many investors are quite excited with the prospect of buying real estate in Canada, it has also sparked fears of overbuilding. Many new developments are having a difficult time finding buyers and thousands of condos remain unsold last year. Condos are also taking much longer to sell. In 2011, the average was 80 days but now it has reached 120 days.

But according to industry experts, the oversupply is actually benefiting homebuyers and investors. The market is very competitive so you won’t see any major price increases or decreases.

Amid the influx of condo developments, the city remains affordable as far as property buying is concerned. In July 2014, the average price of homes was C$341,495, which is lower than Toronto and Vancouver where average home prices reached C$609,236 and C$866,772, respectively. Additionally, the interest rates on mortgages have gone down further.

 Montreal is home to about 1.6 million people and the official language is French, although most are fluent in English. For $750,000 you can own a 3-bedroom apartment in a condominium downtown. If you have a much bigger budget, you can get a 5-bedroom penthouse with a pool for $2,000,000.

Whether you’re looking for a condominium unit that you can move into or you’re just building your property portfolio, it makes a lot of sense to buy real estate in Montreal now while the prices remain stable and very affordable.