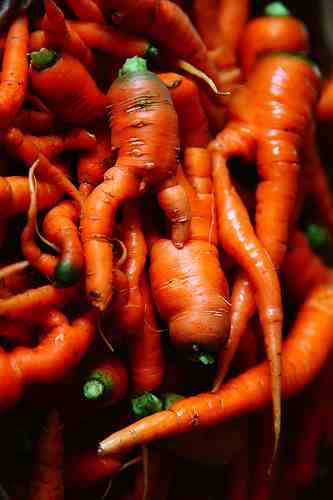 Supermarket chain Tesco is planning to sell misshapen or ugly fruit and vegetables at a discounted price in order to educate customers that they are still edible.

But in order to educate the public to the fact that good food does not have to look perfect, Tesco is considering putting the uglier bits on special offer.

“We can put more misshapen products through our value range at better prices; we’ve been doing that for years. There are opportunities to do more”, Simister said.

Tesco pledged in May to reduce food waste in shops and in its supply chain, but revealed a few months later that a large portion of its food was still thrown away, especially at the consumption stage.

The news follows a report released in September by Global Food Security (GFS) in the UK, which revealed that up to 40% of edible food never even arrives in shops because of its apparent ‘ugliness’.

Meanwhile, figures released earlier this year suggested that the world was wasting between 30-50% of global food.

Another study from November said that food waste should be used to create electricity, for instance through anaerobic digestion, or to support agriculture.