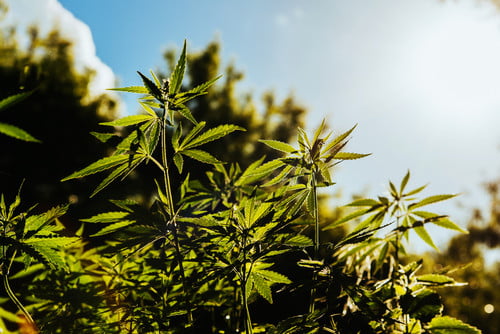 All About Hemp: The Sustainable Miracle Crop

The human race is currently experiencing the perfect storm. The climate crisis is taking place at the same time that many health problems are taking our world by storm. We have to work on sensible solutions to slow the progression of climate change, as well as treating a growing number of health problems that continue to surface. Hemp can help solve both of these issues. It is hailed as a sustainable medicine. Here’s what to know all about hemp.

A growing number of hemp farmers are taking a sustainable approach to their crops. This will be good for both the environment and the people that use it.

Sustainable Hemp is a Green Breakthrough in Medicine

Hemp has been popular in the United States for much longer than you think. Several of our founding fathers — including Thomas Jefferson, George Washington and John Adams — famously grew hemp crops on their own land, and the Declaration of Independence itself was written on hemp paper.

Throughout the 20th century hemp was widely grown, and showed tremendous potential as a scalable crop before the anti-drug movement of the 50s made it unpopular. Now, hemp is back in the conversation for its potential to provide various economic and environmental benefits across several American industries.

National Geographic wrote an article on the sustainable hemp movement. They pointed out that a number of hemp farmers are growing hemp free of insecticides and other chemicals. This is better for both the environment and users.

How exactly is hemp different from cannabis?

Contrary to the media generalizations of old, hemp and cannabis plants are not interchangeable. While they are the same species, hemp contains little to none of the psychoactive component tetrahydrocannabinol (THC), which drug prohibition was all about in the first place. However, hemp is rich in the medicinal cannabinoid cannabidiol (CBD) as well as terpenes, which are increasingly prized for their various therapeutic benefits.

With the passage of the Agriculture Improvement Act (popularly known as the Farm Bill) of 2018, both cannabis and its so-called “sober cousin” have re-entered the national discussion on agriculture. In the first half of 2014 alone, over 70 bills related to hemp were introduced by legislators across the country.

Just how useful is the hemp plant? Let’s take a brief look at the ways this miracle crop has been transforming major industries since its resurgence into the American mainstream.

Both hemp and marijuana can be grown in a sustainable way. Even the Sierra Club has talked about breakthroughs in sustainable growing techniques for both.

Not only can hemp thrive in a variety of soil types and weather conditions; they also have a remarkably fast-growing rates and improve soil quality with a process called phyto-remediation. Hemp can also be re-harvested after just four months of cultivation for the extraction of phloem (commonly known as bast) and xylem (commonly known as hurd) fibers.

Because of their ability to remove soil pollution, farmers can immediately plant food crops after harvesting hemp without needing to wait out a fallowing period.

You read that right; hemp-sourced byproducts such as pulp, fibers and oils can be used to replace plastic, cotton, paper and rubber. While hemp has been cultivated for industrial purposes for over 12,000 years, we’ve only just attained the level of technology that makes hemp-sourced recyclable composites, textiles, clothing and bottles very real possibilities within the next few decades.

Hemp Appeals to a Sustainable Future

The entire hemp plant can be utilized for a variety of industrial purposes and is speculated to be the key to environmental, economic and even social sustainability. It currently serves to replace and exceed lost income nationwide from older cash crops like tobacco, and has generally been a boon for American agriculture.

With continued research and study supported by lawmakers across the country, hemp just might be the miracle crop that can pave our way to a sustainable and environmentally friendly future into the 21st century.