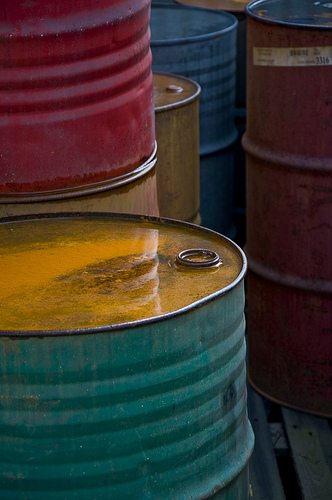 Around 10,000 gallons (45,000 litres) of oil was spilt in Los Angeles on Thursday after a pipeline broke, the LA Fire Department (LAFD) has reported.

The aboveground pipe gave way in Atwater Village, near Glendale, shooting oil 20 feet into the air and onto the walls and roof of a nearby strip club. The 10,000 gallons – which was initially thought to be nearer 50,000 – that then spread on the street affected several local businesses.

The pipeline was owned by Plains All American, which later said that the failure was due a faulty valve from a pump station. It took about 45 minutes to stop the oil flow.

The LAFD is working on a clean-up operation, which could take several days. It said that it was unlikely the oil had gone into storm drains, therefore risking contamination of the river.

Experts will still need to remove entire pieces of asphalt in order to avoid soil pollution. They blocked the flow with sand and vacuumed much of the oil, while they also used a large sponge to remove parts of the substance that was impossible to vacuum.

The LAFD said in a statement, “Oil is knee high in some areas. A handful of commercial businesses are affected”. The fire department captain said the oil “looked like a lake”.

Four people working for a company located near the spill complained about respiratory illness and nausea, while two were taken to the hospital.